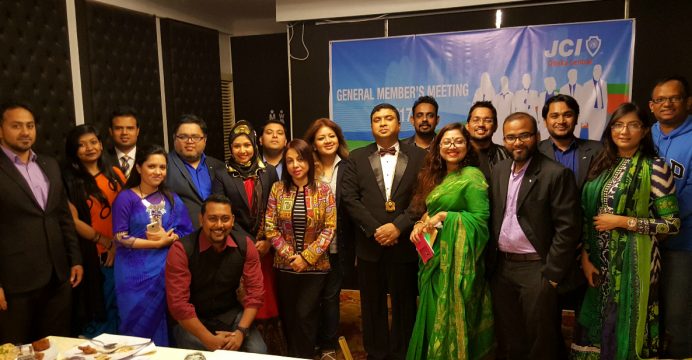 JCI Dhaka Central holds their 1st General Members Meeting (GMM) of 2017 in Royal Explosion, Galesia Hotel and Resort Ltd on January 14, 2017. This was the 1st meeting with the newly appointed board for 2017.

The newly elected Local President of JCI Dhaka Central, Mr. Abu Taleb Siddique commenced the meeting with a brief speech expressing his sincere gratitude to all the member and guests for their valuable presence. He expressed his optimism about the future of JCI Dhaka Central and was confident about the success in 2017.