Former U.S. vice president Al Gore delivered a rousing battle cry on Thursday to push climate change forward as an urgent matter for politicians on the eve of President-elect Donald Trump’s inauguration, at the premiere of his new documentary.

Gore received a standing ovation after the premiere of “An Inconvenient Sequel: Truth to Power,” which opened this year’s Sundance Film Festival, as he encouraged audiences to place hope especially in solar power to tackle global warming.

“Whether or not Donald Trump, inaugurated tomorrow, will take the kind of approach that continues this progress, we’ll have to see, but let me reiterate, no one person can stop this,” Gore told the audience.

“An Inconvenient Sequel” follows Gore, 68, a decade after his groundbreaking 2006 “An Inconvenient Truth,” as he discussed environmental policy with state leaders and connected weather-related catastrophes to a global climate crisis. 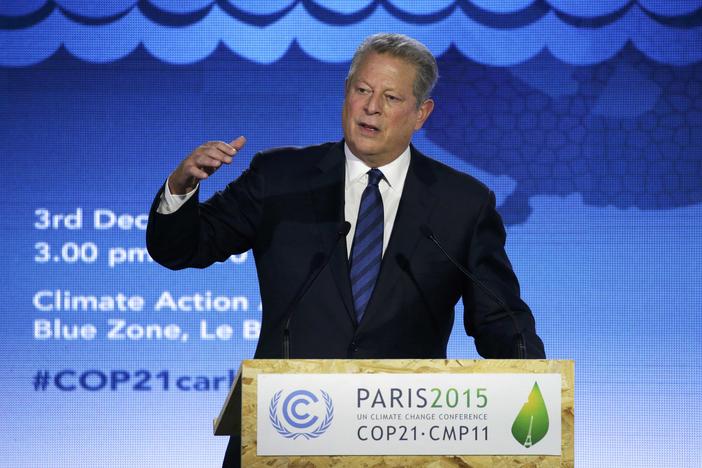 The film also shows Gore’s behind-the-scenes efforts to bring India on board with the 2015 Paris climate agreement by trying to help them get affordable access to solar energy.

Trump has dismissed man-made climate change as a hoax and said during his campaign that he would pull the United States out of the Paris climate agreement. However in November, he said he had an “open mind” on the 200-nation accord to reduce greenhouse gas emissions from burning fossil fuels.

When asked by an audience member if he could reveal what happened in the meeting, Gore declined to divulge details but said “it’s not the last conversation.”

“There have been a lot of people who’ve started out as deniers and who have changed over time. Whether he will or not remains to be seen,” he said.

“An Inconvenient Sequel” is the centerpiece of Sundance’s “New Climate” documentary spotlight.

Earlier in the day, filmmaker and Sundance founder Robert Redford said the festival didn’t take a stance on politics, but he expressed pride in the growth of documentaries.

“The news media world has shrunk into more of a sound bite world. Everything’s so clipped and short, it gives you no time to digest, no time to contemplate,” Redford said at a news conference.

“I felt like documentaries are having a more important role than ever because it becomes long-form journalism.”