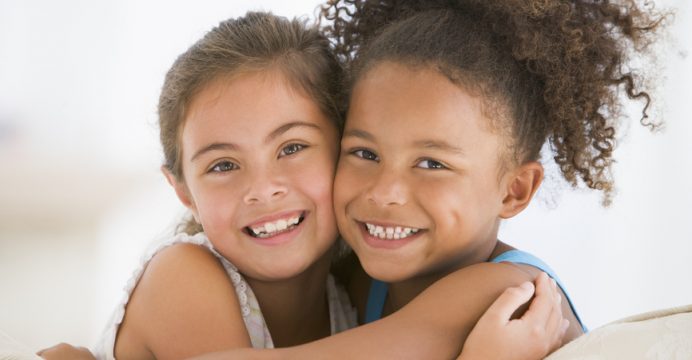 Children’s fear may be heavily influenced by their friends

Parents may have a lot to do with how children react to scary things, but a new study suggests kids’ response to fear may also be heavily influenced by their friends.

In an experiment, researchers gave kids 7 to 10 years old information about scary-looking animals. They assessed how children felt on their own, and again after kids discussed their perceptions with friends, reports Reuters.

After speaking to friends, children tended to shift their opinions to match how their friends felt about the animals, the study found.

“Studies show that children tend to choose friends who have similar attributes to themselves and that they can also become more similar through their interactions,” said lead study author Jinnie Ooi, a psychology researcher at the University of East Anglia in the UK.

“In our study, there was some evidence that the friends had similar levels of anxiety symptoms and fear responses even before they had their discussion, and that they became more similar in their fears after the discussion” Ooi added by email.
Anxiety disorders are one of the most common mental illnesses, affecting almost one in five adults at some point, according to the U.S. National Institutes of Health. Symptoms often emerge in childhood.
For the current study, 106 boys and 136 girls completed age-appropriate questionnaires to measure anxiety and beliefs about fear.

Then, participants were show pictures of two animals that would be unfamiliar to them – the cuscus and the quoll – Australian marsupials. Researchers read two versions of information about the animals – one that was neutral and one that described the creatures as dangerous.

Researchers assessed how kids felt about each animal on their own, then asked kids to discuss the creatures with close friends.

To see how kids felt after these discussions, researchers gave them maps showing animals on a path and asked kids to mark the spot they would like to be in the image. Kids who put themselves far away from the animals show they’re trying to avoid the creatures, an indication of fear.

After speaking to friends, children tended to have fear responses similar to their friends, researchers report in Behaviour Research and Therapy.

There were some gender differences, however. When pairs of boys discussed the animals, they tended to show a significant increase in fear after they talked.

Pairs of girls, however, showed a significant decrease in their fear beliefs when they had seen threatening information.

Children’s fear-related thoughts didn’t necessarily become more negative when they discuss their fears with close friends who are more anxious.

The study is small and doesn’t prove how much peers influence fear relative to other factors such as family or genetics.

But the results suggest that anxious children who become friends with kids who are also anxious may contribute to each other’s fearfulness. Therapy might help reduce anxiety in these children by helping pairs of friends learn to discuss and resolve their fears in a more positive manner that helps to diffuse anxiety, the authors say.