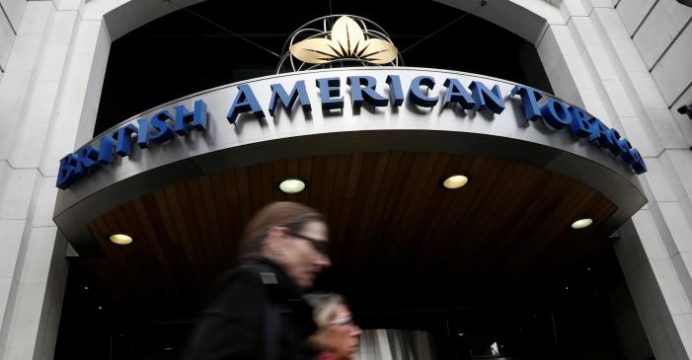 BAT, which already owned 42 percent of Reynolds, will pay $29.44 in cash and 0.5260 BAT shares for each Reynolds share, it said, a 26 percent premium over the price of the stock on Oct. 20, the day before BAT’s first offer was made public, reports Reuters.

Reynolds, the maker of Camel and Newport cigarettes, rejected the approach a month later, according to sources, although the two sides remained in talks.

The deal, which values the whole of Reynolds at around $86 billion, will mark the return of BAT to the lucrative and highly regulated U.S. market after a 12-year absence, making it the only tobacco giant with a leading presence in American and international markets.

“It will create a stronger, global tobacco and NGP (next generation products) business with direct access for our products across the most attractive markets in the world,” he said on Tuesday.

Analysts have said the takeover could spark further deals as Philip Morris International and Japan Tobacco jostle for market share in an industry that is shrinking in the West as more people quit smoking.

Durante said the combined group would have the largest global footprint of any tobacco group, with strong positions in both fast-growing emerging markets and lucrative Western countries.

RBC Capital Markets said assuming BAT was able to achieve the annual cost savings of “at least $400 million” it has targeted, the deal would be financially neutral for BAT shares.

“We think (the deal) makes sense strategically and operationally and just about washes its face financially,” it said. “That said, a value-neutral acquisition does little to alter our view that the shares are already reasonably valued.”

Shares in BAT were up 0.4 percent at 47.80 pounds at 0855 GMT, about where they were trading in October before the company revealed its initial bid.