About a million and a half barefoot Philippine devotees praying for miracles joined a procession on Monday for a black statue of Jesus Christ being paraded through the old commercial center of the capital, Manila.

The devotees crowded around the carriage – pulled by ropes and pushed from behind – bearing the statue, known as the Black Nazarene, which is believed to have healing powers, as it crawled through the narrow streets, reports Reuters. 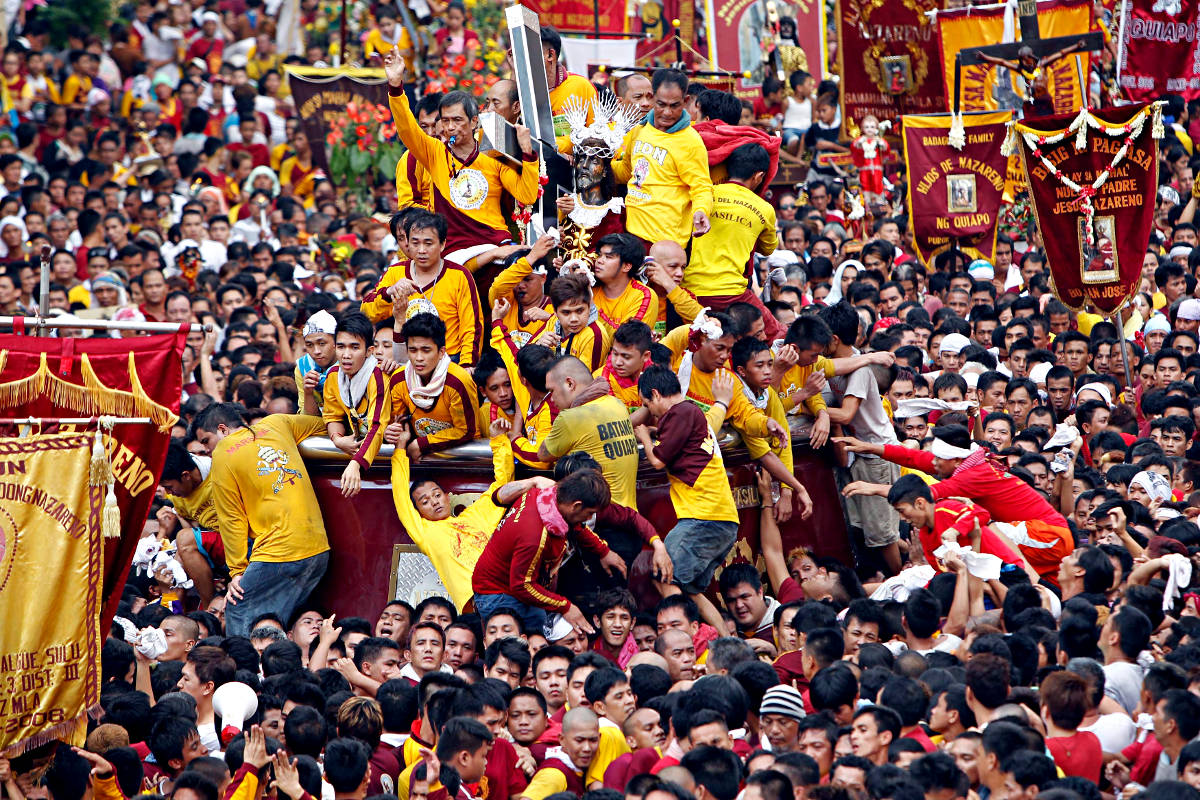 The faithful reached out towards the icon in the hope that even the slightest touch would bless them, heal their illnesses and those of their relatives.

“My purpose here is to give thanks to the Lord for all the blessings he has given me and my family every day,” Jimray Bacomage, 37, told Reuters, saying the Black Nazarene had healed his broken arm.

About 80 percent of the more than 100 million people of the Philippines are Roman Catholic and the former Spanish colony is famous for its colorful religious festivals.