Bulgaria’s Grigor Dimitrov upset top seed and defending champion Milos Raonic of Canada at the Brisbane International on Saturday to set up a title clash against Japan’s Kei Nishikori.

Seventh seed Dimitrov saved a set point in the opener on his way to a 7-6(7) 6-2 win over world number three Raonic in 88 minutes in the second semi-final at the Pat Rafter Arena.

World number five Nishikori had an almost identical win against Swiss U.S. Open champion Stan Wawrinka, who went down 7-6(3) 6-3 in the first semi-final of the warmup event for this month’s Australian Open.

There was little to separate Dimitrov and 2016 Wimbledon finalist Raonic in the first set, both players making the most of their big serves and not offering a single break-point opportunity. 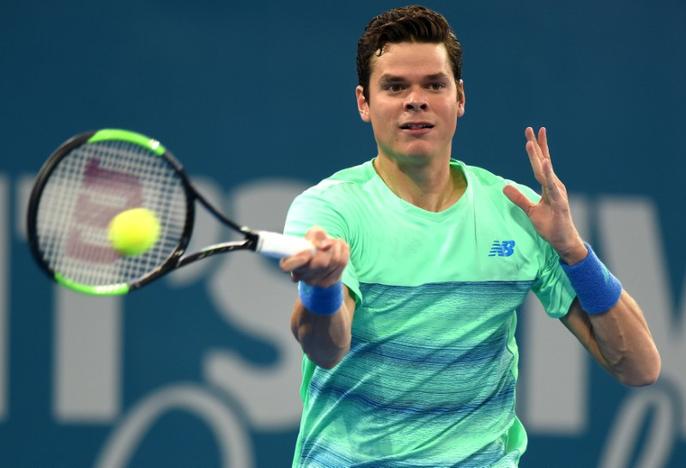 Dimitrov managed to nose ahead by edging the first set tiebreak 9-7 before racing away in the second with two breaks of serve to seal the match.

“I couldn’t imagine a better scenario for sure,” Dimitrov said in a court-side interview. “I have lot of respect for him and it’s always a pleasure playing against him.

“Right now I am just focused on my performance. In previous matches I wasn’t returning as well. Against Milos, the only chance you have is to get into a rally against him.”

Dimitrov has never won against his opponent in Sunday’s final with Nishikori enjoying a 3-0 head-to-head record.

“Nishikori is one of the trickiest players out there,” Dimitrov added. “He has a tremendous fighting spirit and has improved his game quite a bit.

Nishikori, the 2014 U.S. Open finalist, won five of the final six points in the tiebreaker to claim the first set. After an early exchange of breaks in the second, the Rio Olympic bronze medalist got the decisive break in the seventh game.

“I’m feeling very happy to be in the final tomorrow. I’ve tried many times and this is the first time to get to Sunday in Brisbane,” the 27-year-old said.

“Especially beating Stan today, it’s been a good start to the year.

“Dimi started playing much better last year, especially at the end of the season. He’s going to be a tough opponent.”