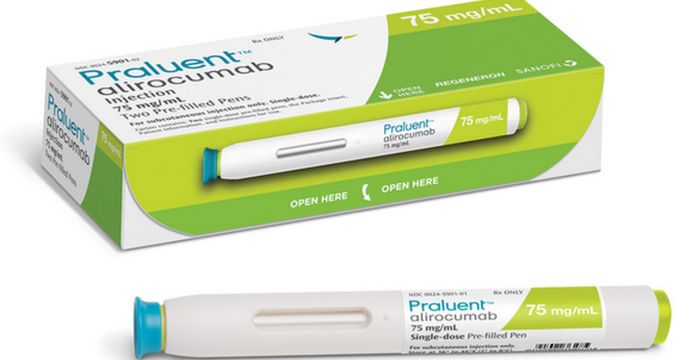 Sanofi and Regeneron Pharmaceuticals, Inc. announced that they will appeal the injunction granted today by the U.S. District Court for the District of Delaware preventing the marketing, selling or manufacturing of Praluent® in the U.S. during the term of two Amgen patents.

The companies believe Amgen’s asserted patent claims are invalid and will also appeal a prior jury verdict upholding the validity of those patents. The court has delayed imposition of the injunction for 30 days to allow Sanofi and Regeneron to file a motion for a suspension (stay) of this injunction during the appeal process. Praluent continues to be available to patients at this time.

“We will immediately appeal today’s ruling, along with the jury’s earlier finding upholding the validity of Amgen’s patents,” said Karen Linehan, Executive Vice President and General Counsel, Sanofi. “It is our longstanding position that Amgen’s patent claims are invalid and that the best interests of patients will be greatly disserved by an injunction preventing access to Praluent.”

“We will continue to vigorously defend our case through the appeal process as we believe the facts and controlling law support our position,” said Joseph LaRosa, Senior Vice President, General Counsel and Secretary, Regeneron.

Praluent was the first PCSK9 inhibitor to be approved for use in the U.S. It is indicated for use as adjunct to diet and maximally-tolerated statin therapy for the treatment of adults with heterozygous familial hypercholesterolemia or clinical atherosclerotic cardiovascular disease, who require additional lowering of “bad” (LDL) cholesterol.

Praluent is the only PCSK9 inhibitor that offers two doses with two levels of efficacy, allowing healthcare providers the flexibility to adjust the therapeutic dose based on their patient’s LDL cholesterol-lowering needs. The effect of Praluent on cardiovascular morbidity and mortality has not yet been determined.