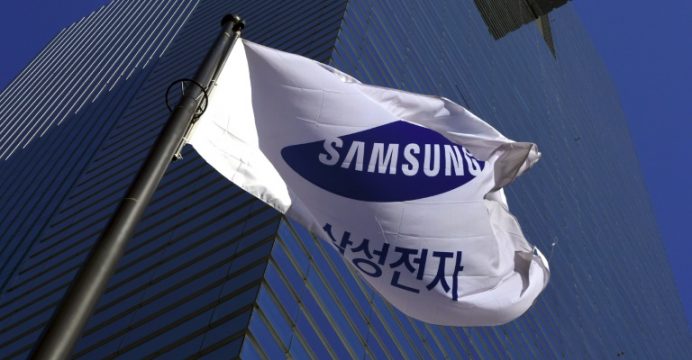 Samsung Electronics said on Friday it expects profits to soar by nearly 50 percent in the December quarter, as strong memory chip prices push earnings to their highest point in three years despite a smartphone recall fiasco.

Brisk sales of memory chips and smartphone screens had been expected to boost the company’s bottom line but the outcome exceeded analyst expectations of a fourth-quarter profit of some 8.4 trillion won.

“This is well beyond market expectations”, Gred Roh, an analyst at HMC Investment Securities told AFP.

The strong result came despite a global recall of the Galaxy Note 7, after owners reported some devices overheating and bursting into flames, in a crisis that damaged the reputation of the world’s largest smartphone maker.

The result was the largest since the third quarter of 2013 when the company reaped a 10.2 trillion won operating profit.

Chip prices are expected to continue rising in coming months and may surge more than 30 percent in the first quarter alone, he said.

The depreciation of South Korea’s won against the dollar also contributed to the gains, as Samsung settles most of its component sales in the US currency, he added.

Kim Dong-Wan at Macquarie Securities said global memory chip markets made a turn for the better in the third quarter last year, thanks to soaring demand for high-powered mobile devices.

Profit margins for OLED screens were hovering at more than 20 percent and Samsung has no competitors in plastic OLEDs supplied to iPhones, he added.

Fourth-quarter sales were estimated at 53 trillion won in the quarter, down 0.6 percent on year, Samsung said. Samsung predicted its operating profit for the whole of 2016 would rise more than 10 percent on-year to 29.2 trillion won.