Britain’s Natural History Museum bids farewell to its most famous exhibit, Dippy the diplodocus, on Wednesday after almost four decades of greeting visitors before being dismantled ahead of a national tour.

For 35 years, the huge skeleton cast, 4.25 metres (14 ft) high and 21 metres long, has been the first sight visitors see when they enter the London museum’s main entrance.

On Thursday, a team begins the three-week process of dismantling Dippy before conservators spend 12 months preparing the delicate plaster-of-Paris cast for the journey around Britain where it will go on show at eight locations from 2018 until 2020. 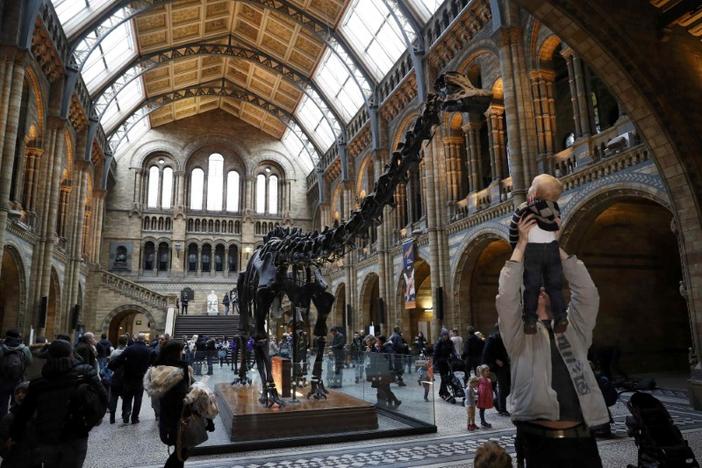 From the end of 2020, a bronze cast of Dippy will then go on display outside the museum.

Scottish-born American industrialist Andrew Carnegie originally presented the 292-bone cast to the museum in 1905, and it has held its prominent position in the main entrance hall since 1979.

Dippy will be replaced by a 25.2 metre real skeleton of a blue whale as part of a major overhaul.

Diplodocus was first described as a new type of dinosaur in 1878 by Professor Othniel C. Marsh at Yale University. The herbivore species lived sometime between 156 and 145 million years ago and belongs to a group called sauropods, meaning ‘lizard feet’.