Three film production companies including Netflix are interested in making a warts-and-all screen dramatization of Nigel Farage’s insurgent Brexit campaign, according to an associate of Farage.

This would be another extraordinary twist for Farage, who from the fringes of British politics achieved his life’s goal when Britons voted to leave the European Union last June, and has since befriended U.S. President-elect Donald Trump, reports Reuters.

The project would be based on “The Bad Boys of Brexit”, an account of Farage’s campaign by Arron Banks, a multi-millionaire British insurance tycoon who bankrolled the campaign, according to Andy Wigmore, a spokesman for Banks.

“We have three interested parties in the rights to the book and we will be meeting representatives from three studios including a Netflix representative on Jan. 19 in Washington DC,” Wigmore told Reuters in a text message.

Farage, Banks, Wigmore and others in their circle will travel to Washington for Trump’s inauguration as president, which will take place on Jan. 20.

“We have invited all of them (the studio representatives) to our pre-inaugural drinks party … We have also invited many of Trump’s team to the event,” said Wigmore. 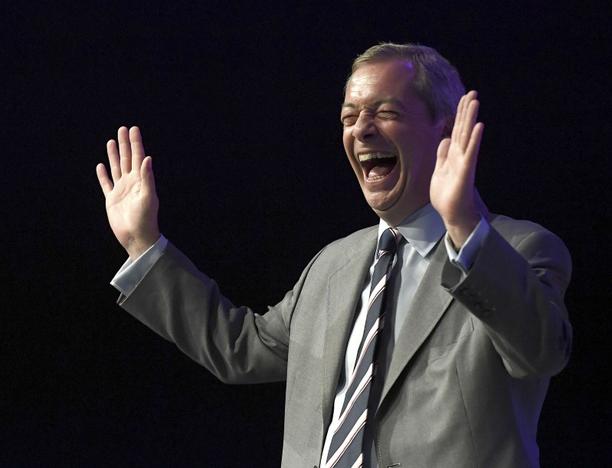 Netflix did not immediately respond to a request for comment.

The Sunday Telegraph newspaper earlier reported that Hollywood studio Warner Bros. was also interested, but it was unclear from Wigmore’s texts to Reuters whether those who have approached Banks included representatives of Warner Bros.

The subtitle of Banks’ book is “Tales of Mischief, Mayhem and Guerrilla Warfare in the EU Referendum Campaign”. It is described on its publisher’s website as “an honest, uncensored and highly entertaining diary of the campaign that changed the course of history”.

Asked whether Farage was likely to appear as himself in any screen adaptation of his campaign, Wigmore said: “Yes we all expect to make a Quentin Tarantino appearance”, a reference to the director’s cameo appearances in his own movies.

Despite handing over the reins of the anti-EU party UKIP to a successor in November, Farage, typically pictured with pint of beer in hand, remains the most prominent face of Brexit in the eyes of many Britons and is rarely out of the headlines.

He spoke at a Trump rally during the U.S. presidential election campaign and visited the president-elect at Trump Tower after his election. A picture of the two men smiling broadly in front of a pair of golden doors circulated widely.

Trump later embarrassed Prime Minister Theresa May’s government by tweeting that many people would like to see Farage represent Britain as ambassador to the United States. The government responded that there was no vacancy.