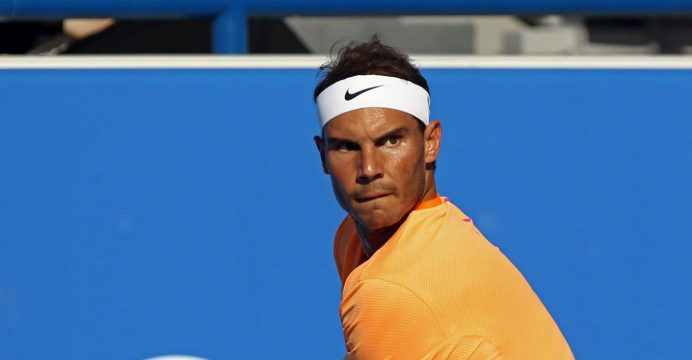 Rafael Nadal ended an injury-plagued 2016 on a high by lifting the Mubadala World Tennis Championship title for a fourth time on Saturday, reports bss.

“I’m very happy to return to competition again. These three days have been good for me. These three days, playing at this level, are going to stand me in good stead for the rest of the season,” said Nadal.

Nadal’s 2016 campaign had been ruined by a wrist injury that forced him out of Roland Garros after the second round and saw him miss Wimbledon.

But he looked in form throughout the exhibition tournament in Abu Dhabi, beating Czech Tomas Berdych in the quarter-final and Raonic in the semi-finals.

“He put a lot of pressure on me,” said Goffin of his first clash against the Spaniard.

“You can feel how strong he is when he is in front of you. Mentally he is very impressive and he looks really strong to start the new season.”

Nadal will now head to Australia for the Brisbane International, with Goffin travelling to Doha for the Qatar Open.

Wimbledon and Olympic champion Murray, who was knighted in the New Year Honours list, lost to Goffin in Friday’s semi-final, his first defeat in the Belgian in six meetings.

“It was good to finish the year with a win,” said the 29-year-old Scot. “I still feel like Andy Murray – that feels more normal – but I am happy with the knighthood and it is a nice way to start the new year.”

Murray’s next stop is neighbouring Qatar for the opening week of the ATP season and two weeks out from the Australian Open, the first Grand Slam of 2017.