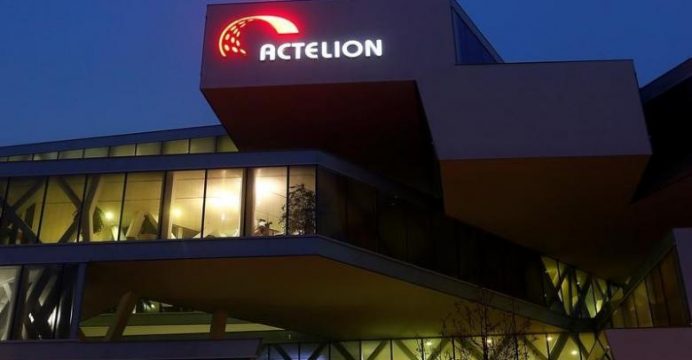 Johnson & Johnson is negotiating a deal to acquire Swiss biotechnology company Actelion Ltd that would separate its commercialized portfolio from its research and development assets, people familiar with the matter said on Thursday.

The deal structure would allow J&J to acquire Actelion with a cash offer in the region of $260 per share, a little more than what it had offered when it walked away from negotiations earlier this month. It also would allow Actelion shareholders to benefit financially from Actelion’s R&D pipeline, the people said, reports Reuters.

Under the deal being discussed, Actelion’s R&D pipeline would be placed in a new publicly traded company, the people said. The exact ownership of the new company, and whether Actelion Chief Executive Jean-Paul Clozel would head it, are among the details still being negotiated, the people said.

A deal could be finalized by late January, they said, cautioning that negotiations could still end unsuccessfully. The sources asked not to be identified because the details are confidential.

Actelion said last week it had entered into exclusive talks with J&J about a strategic transaction. J&J had pulled out of negotiations with Actelion over price disagreements earlier this month, temporarily allowing France’s Sanofi SA to engage in one-on-one acquisition talks with Actelion.

Clozel, who worked for Roche Holding AG for 12 years before founding Actelion in 1997, and his wife, Chief Scientific Officer Martine Clozel, have built up a world-leading drug portfolio at Actelion to treat pulmonary arterial hypertension. The company is Europe’s biggest biotechnology drug maker.

Actelion’s Opsumit and Uptravi drugs to treat the life-threatening condition of pulmonary arterial hypertension could generate more than $4.6 billion in combined 2020 sales, analysts forecast, up from an estimated $1.4 billion this year.