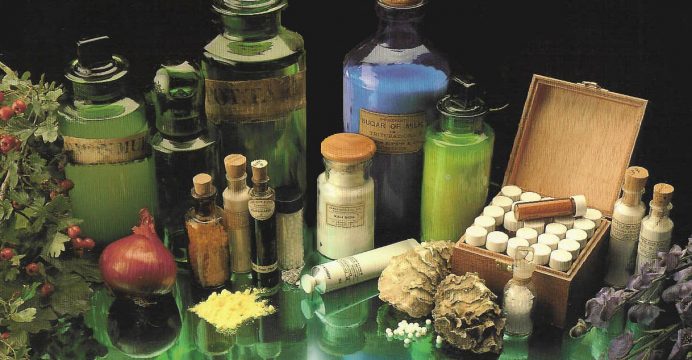 US government orders, Homeopathy ‘treatments’ must be labelled to say they do not work

There is a huge market in the US for homeopathic remedies. In 2007 alone, it was estimated Americans spent more than $3bn on a controversial system of alternative medicine created in 1796 by Samuel Hahnemann, and which has long been dismissed by mainstream science.

Now, the US government is requiring that producers of such items ensure that if they want to claim they are effective treatments, then they need to make available the proof. Otherwise, they will need to point out that there is “no scientific evidence that the product works”.

“Homeopathy, which dates back to the late-eighteenth century, is based on the view that disease symptoms can be treated by minute doses of substances that produce similar symptoms when provided in larger doses to healthy people,” said a notice, filed earlier this month by the Federal Trade Commission.

“Many homeopathic products are diluted to such an extent that they no longer contain detectable levels of the initial substance. In general, homeopathic product claims are not based on modern scientific methods and are not accepted by modern medical experts, but homeopathy nevertheless has many adherents.”

Slate said there was near-unanimous mainstream scientific consensus that homeopathy’s purported mechanism of action – using ultra-highly diluted substances to allow “like to cure like” – runs counter to basic principles of chemistry, biology, and physics.

Yet, reports suggest the so-called treatments are unlikely to disappear from the shelves of pharmacists’ shops.

The FTC said that a homeopathic drug claim that is not substantiated by competent and reliable scientific evidence “might not be deceptive if the advertisement or label where it appears effectively communicates that: 1) there is no scientific evidence that the product works; and 2) the product’s claims are based only on theories of homeopathy from the 1700s that are not accepted by most modern medical experts.”