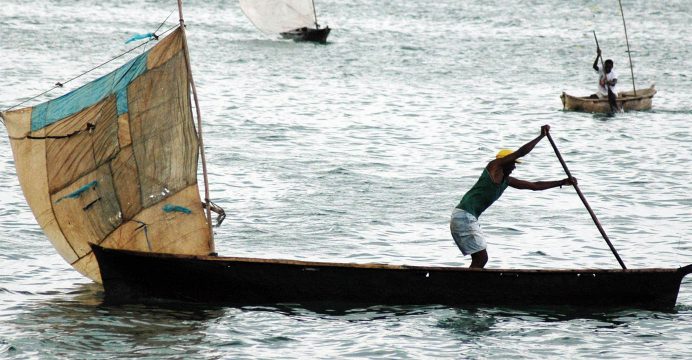 United Nations Development Programme (UNDP) launched a knowledge hub to generate momentum in anticipation of the United Nations Conference to Support Implementation of Sustainable Development Goal 14 (the Ocean Conference) to be held 5 to 9 June 2017, and its 15-16 February Preparatory Meeting, both at UN HQ in New York, US.

The Ocean Action Hub will facilitate multi-stakeholder engagement in the Ocean Conference by bringing together governments, the UN system, intergovernmental organizations, international financial institutions, NGOs, civil society organizations, academic institutions, the scientific community, private sector, philanthropic organizations and other ocean actors to assess challenges and opportunities related to achieving SDG 14. The Hub will host active dialogues on ocean issues, facilitate co-development and sharing of solutions and voluntary commitments by multi-stakeholders, and provide a space for connecting and sharing ideas and experience.

The ocean covers nearly three quarters of the Earth’s surface and contributes substantially to human development, including to the provision of food security, transport, energy supply, tourism and many of the planet’s most critical ecosystem services (carbon and nutrient cycling, climate regulation, oxygen production). The market value of marine and coastal resources and industries is approximately $3 trillion per year or 5 percent of global GDP.

Yet, today it is estimated that 40 percent of our oceans are heavily affected by unsustainable practices, including over-fishing, land-based sources of pollution, habitat destruction, invasive species and climate change, particularly ocean acidification.

Oceans play a key role in the achievement of the 2030 Agenda. Consequently, the Conference – Our Oceans, Our Future: Partnering for the Implementation of Sustainable Development Goal 14 – arises at a timely point. The Conference aims to catalyze and scale up implementation of SDG 14 on conservation and sustainable use of oceans, seas and marine resources and will include plenary meetings, partnership dialogues, and an intergovernmentally agreed ‘Call for Action’ on SDG 14. A special event will be convened celebrating World Oceans Day on 8 June 2017. Registration for multi-stakeholders is open until 22 January 2017.

The Conference will be co-hosted by the Governments of Sweden and Fiji. Mr. Wu Hongbo, UN Department for Economic and Social Affairs (UN DESA) Under-Secretary-General, is the designated Secretary-General of the Conference and UN DESA serves as the Secretariat for the conference. H.E. Mr. Peter Thomson, President of the 71st Session of the General Assembly, will preside.