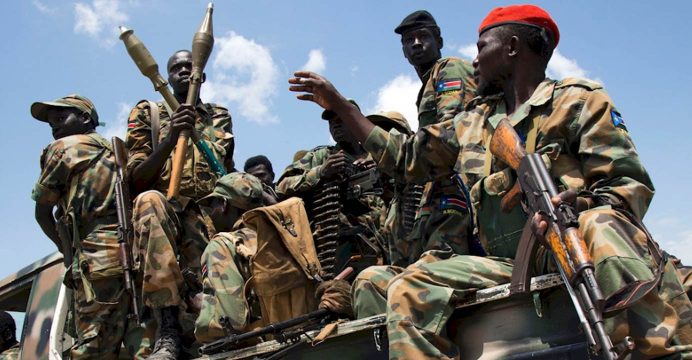 The United Nations Security Council’s failure to approve a 23 December, 2016, resolution that would have imposed an arms embargo on South Sudan and placed a travel ban and asset freeze on three senior South Sudanese leaders was deeply disappointing, seven non-governmental groups said today.

The measure failed to gain the nine votes needed to pass, with seven in favour and eight abstentions.

“South Sudanese civilians had a reasonable expectation that the Security Council would make good on its long-standing threat to impose an arms embargo and extend sanctions to some of the senior leaders who have been responsible for grave human rights abuses,” said John Prendergast, founding director at the Enough Project.

“I can only imagine their frustration with today’s vote.”

African Union and UN investigators have documented war crimes, including killings and rape of civilians, and forced recruitment of children by the warring parties in South Sudan since the conflict began on 15 December, 2013. In the last few months there has been an increase in incitement to violence, hate speech by senior leaders, and targeting of civilians, sometimes based on ethnicity, in parts of the country that were previously untouched by the civil war.