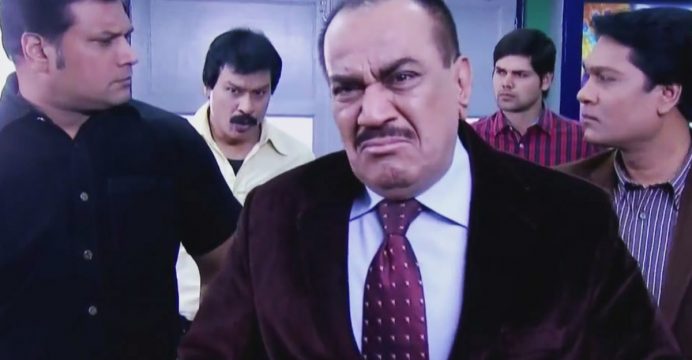 If rumours are to be believed, Shivaji Satnam, who plays the popular role of ACP Pradyuman in CID, will die in an upcoming episode of one the longest-running shows on television. ACP Pradyuman, widely known for his gesticulation and ‘speculatiive’ dialogues will supposedly suffer a heart attack in the upcoming episode that will be aired on December 26, 2016 and die.

Ever since this news began making the rounds last week, confusion has reigned as some people believed that the actor who plays the ACP’s role had died of a heart attack. The news spread like wildfire and the actor’s phone has not stopped ringing, with friends and acquaintances trying to get in touch with the family to confirm the news.

Satnam was understandably upset and annoyed about the rumours of his death. Speaking to an entertainment portal, he said, “The rumour caused lot of trauma to people who know me. I got to know of it when my son told me. See, even if you write me off, it does not scare me. But what about the people who are close to me? You are playing with someone else’s emotions. I urge people not to write or report anything stupid as you are creating a lot of grief to those dependent on and close to the person you are writing about. I got calls from all who know me, from Sony TV, from Fireworks (Productions – which produces CID) and the news was really in bad taste.”

The cult show on Sony TV will soon complete a run of 19 years, and rumours of it being pulled off the air because of actors demanding a pay hike also sent the producers into a tizzy. The actors have, however, dismissed the rumours.