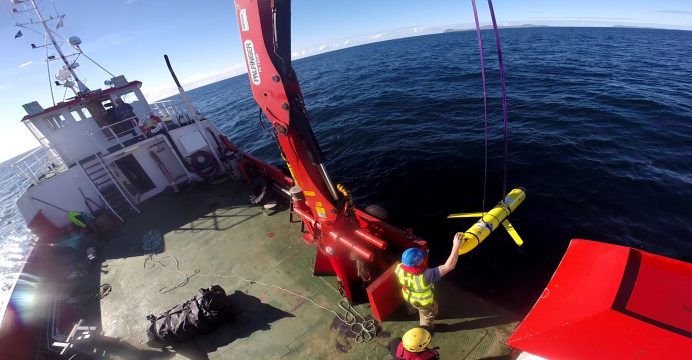 China will return an underwater U.S. drone seized by a naval vessel this week in the South China Sea, both countries said on Saturday, but Beijing complained that Washington had been “hyping up” the incident.

U.S. President-elect Donald Trump, who has vowed to take an aggressive approach in dealing with China over its economic and military policies, jumped on the unusual drone seizure with a pair of provocative tweets, accusing Beijing of stealing the equipment, reports Reuters.

The drone, known as an unmanned underwater vehicle (UUV), was taken on Thursday, the first seizure of its kind in recent memory. The Pentagon went public with its complaint after the action and said on Saturday it had secured a deal to get the drone back.

“Through direct engagement with Chinese authorities, we have secured an understanding that the Chinese will return the UUV to the United States,” Pentagon spokesman Peter Cook said in a statement.

The drone, which the Pentagon said was operating lawfully was collecting data about the salinity, temperature and clarity of the water about 50 nautical miles northwest of Subic Bay, off the Philippines.

It was seized just as the USNS Bowditch was about to retrieve it, U.S. officials said.

China’s Defense Ministry said a Chinese naval vessel discovered a piece of “unidentified equipment” and checked it to prevent any navigational safety issues before discovering it was a U.S. drone.

“China decided to return it to the U.S. side in an appropriate manner, and China and the U.S. have all along been in communication about it,” the ministry said on its website.

“During this process, the U.S. side’s unilateral and open hyping up is inappropriate, and is not beneficial to the smooth resolution of this issue. We express regret at this,” it added.