Spaceships, flying lobsters and a team based on characters from the hit mobile game “Angry Birds” attempted lift-off from Hong Kong’s Victoria Harbour at the annual Red Bull Flugtag competition.

Hundreds of spectators watched in amusement on Sunday as the 41 teams presented their handmade aircrafts to the crowd before mostly belly-flopping flat into the water off the six-meter (19.6 ft) flight deck. 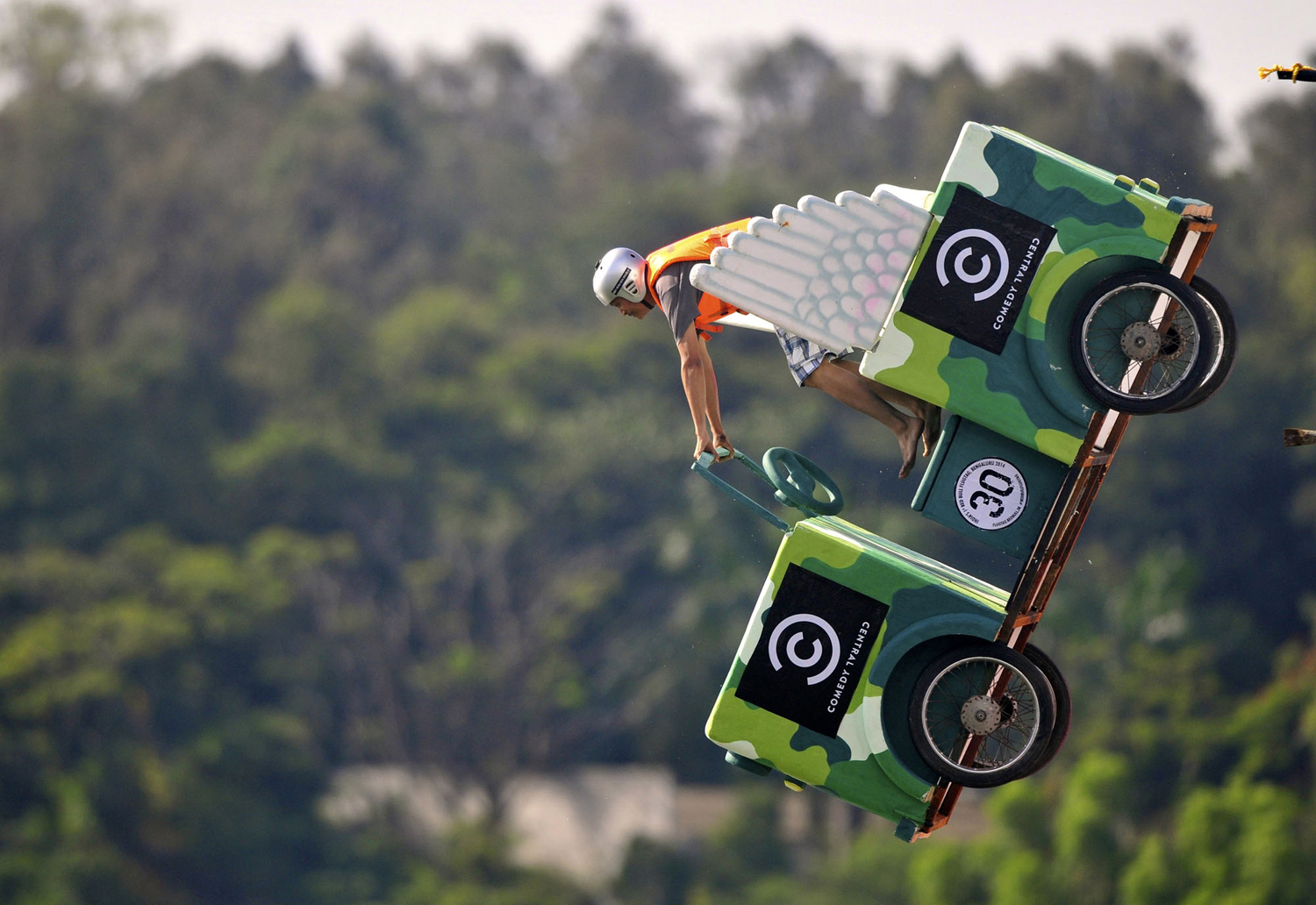 “Chinese always have this problem to express their fun part, so I think this event really helped Hong Kong culturally, to help express themselves to do something crazy and wild,” said Charlton Lau, an engineer.

The international Flugtag – German for ‘flight day’ – started in Austria in 1992 as a way to entice ingenuity and bravery , reports Reuters.

The event, which has been held in more than 40 countries around the world, is not for the fainthearted.

Four participants were taken to hospital after suffering minor injuries when they plunged into the sea.