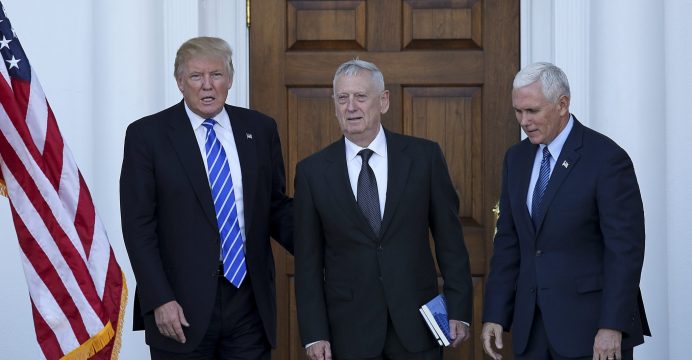 Trump held meetings at his golf resort in Bedminster, New Jersey, with candidates for senior administration jobs after he takes office on Jan. 20. On Saturday, he conferred with Mattis and Mitt Romney, formerly a fierce Trump critic now under consideration for secretary of state, reports Reuters.

Summing up two days of talks as he said goodbye to retired U.S. Marines Corps General John Kelly on Sunday evening, Trump said: “We really had some great meetings, and you’ll be hearing about them soon.” 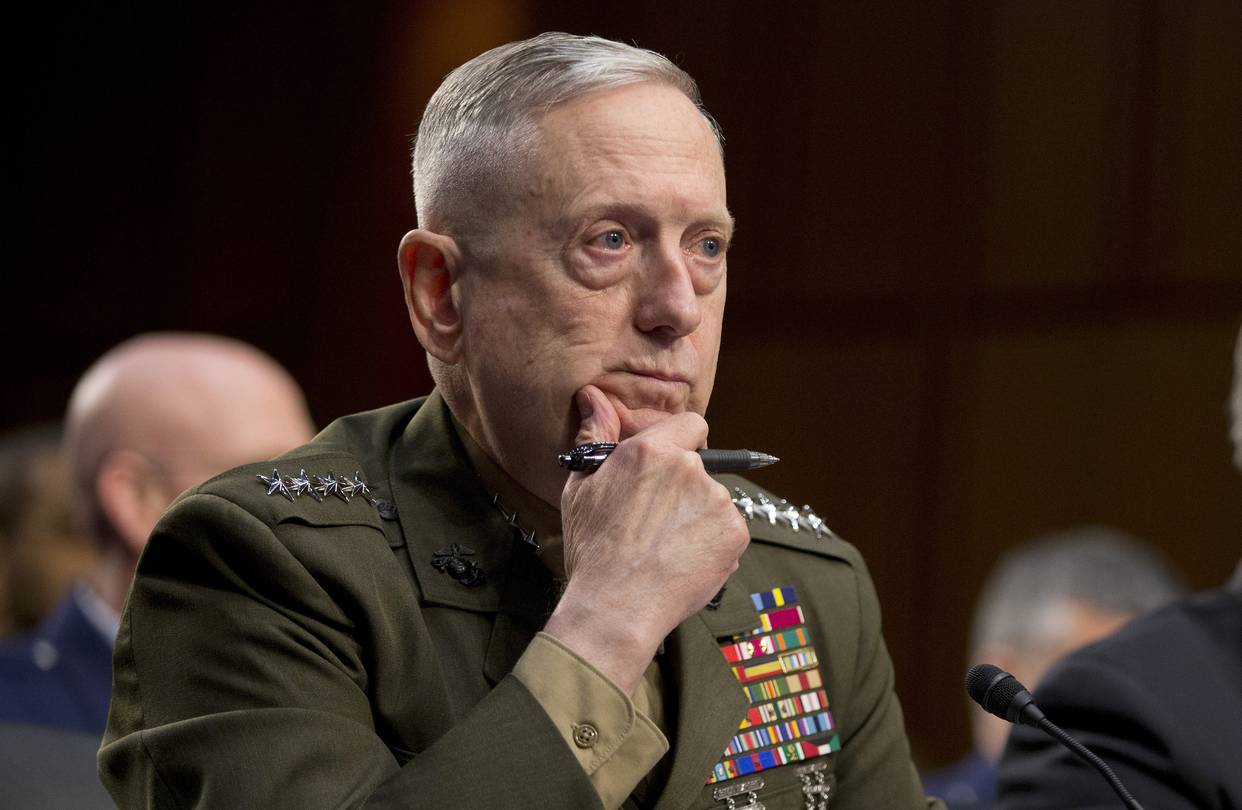 The last person Trump escorted out of the clubhouse was Giuliani, the former New York mayor. Trump said earlier that Giuliani was a candidate for secretary of state “and other things.”

Christie, the Republican governor of New Jersey, advised Trump during the presidential campaign but was dismissed as the head of his transition team. Asked by reporters before the meeting whether there was a place for Christie in his administration, Trump sidestepped the question but called him “a very talented man, great guy.”

Trump met with billionaire investor Wilbur Ross, who he said was under consideration for commerce secretary. Asked whether he wanted the job, Ross told reporters: “Well, time will tell.”

Trump also received Jonathan Gray, the global head of real estate at the Blackstone Group, who is being considered for Treasury secretary, according to a person briefed on the matter.

The selections so far suggest that Trump, true to his campaign promises, intends to steer national security and foreign policy in a sharply different direction from that of Democratic President Barack Obama, whose record Trump harshly criticized during his campaign.

Obama campaigned extensively for Democratic presidential nominee Hillary Clinton before the Nov. 8 election and warned during the campaign that Trump lacked the temperament and qualifications to be president.

Wrapping up his last foreign trip, which was overshadowed by Trump’s surprise election, Obama encouraged Democrats on Sunday to work with the new administration but said he would weigh in as a citizen if the Trump administration challenged values he holds dear.

“I want to be respectful of the office and give the president-elect an opportunity to put forward his platform and his arguments without somebody popping off in every instance,” Obama told a news conference in Peru after an Asia-Pacific summit.

But he added: “If there are issues that have less to do with some specific legislative proposal or battle but go to core questions about our values and our ideals, and if I think that it’s necessary or helpful for me to defend those ideals, then I’ll examine it when it comes.”

In another sign of Trump’s novel approach to politics, the New York businessman who has never held public office said he planned to live in the White House but that his wife, Melania, and their 10-year-old son, Barron, would not move in immediately. He said they would move from New York to the White House “very soon, right after he finishes school.”

While Trump received lawmakers, politicians and business leaders behind closed doors over the weekend, he gave some hints about his thinking and possible Cabinet choices on Twitter.

On Sunday, he tweeted that “General James ‘Mad Dog’ Mattis, who is being considered for Secretary of Defense, was very impressive yesterday. A true General’s General!”

From 2010 to 2013, Mattis headed the U.S. military’s Central Command, which oversees operations stretching from the Horn of Africa through the Middle East and into Central Asia including Afghanistan and Pakistan. During that time, he was at odds with the Obama administration on the need to prepare for potential threats from Iran and about resources for Afghanistan.

Mattis, 66, served as an American commander in the wars in Iraq and Afghanistan and was known to be popular among the troops.

Incoming White House Chief of Staff Reince Priebus said it was a “very real possibility” Mattis would get the job, telling the ABC program “This Week:” “I know that President-elect Trump loves leaders like General Mattis.”

Pence said that Trump and Romney had a good meeting and “a warm and a substantive exchange.”

“I can say that Governor Romney is under active and serious consideration to serve as secretary of state of the United States,” Pence said on the CBS program “Face the Nation.”

Romney, the unsuccessful 2012 Republican presidential nominee, was a leader of the Republican establishment movement that tried to block Trump from becoming the nominee this year. In March, Romney called Trump “a phony,” “a fraud” and “a con man.”

A source close to Romney from his time as Massachusetts governor expressed concern he might be “frozen out” by officials whose thinking appears to be closer to Trump’s, such as Flynn, Mattis, White House counselor Steve Bannon, and members of Trump’s family.

“How much influence and latitude he will have will be up to Trump, and they don’t appear to be on the same page about much,” the source said.

Former Texas Governor Rick Perry, who made unsuccessful bids for the Republican presidential nomination in 2012 and 2016, will meet with Trump on Monday and is being considered for Cabinet posts including defense, energy and veterans affairs, Trump’s transition team said.

Conservative radio talk show host Laura Ingraham confirmed on Sunday she was being considered by Trump to serve as White House press secretary.

Incoming Senate Minority Leader Charles Schumer, a Democrat from Trump’s home state of New York, said on “Fox News Sunday” he had talked to Trump about infrastructure and that it was possible “we could get a major infrastructure bill done,” maybe even in the first 100 days of his presidency.

Trump said on Twitter that “I have always had a good relationship with Chuck Schumer” and the senator “has the ability to get things done.”