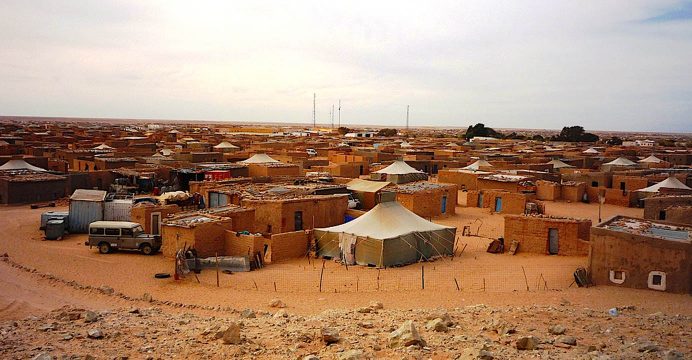 The United Nations World Food Programme (WFP) has welcomed a donation from the Government of Spain to help provide the basic food needs of Western Sahara refugees living in Algeria.

The contribution, which totals 2 million euros, comes at a critical time and is a combined contribution from the Spanish Agency for International Development Cooperation (AECID) from the Ministry of Foreign Affairs and Development, together with the regions of Extremadura, Galicia, La Rioja and Madrid.

In October, due to funding constraints, WFP was forced to suspend part of its food assistance and in December may be obliged to halve the monthly ration for the next six months. This contribution from AECID and the four regions is well-timed as it will help ease WFP’s shortfall of US$10 million over the next six months.

“Spain is among the key donors which consistently seek to maintain the food security of Sahrawi refugees; WFP is very grateful for this contribution at such a difficult time,” said Romain Sirois, WFP Representative in Algeria. “It is particularly gratifying that various Spanish administrations have come together to support the refugees.”

Sahrawi refugees living in the five camps in the harsh desert environment near Tindouf are highly dependent on international support, and WFP has been the main provider of food assistance since 1986. The Spanish funds will help complement WFP’s monthly food assistance over the next two months with essential commodities such as wheat flour and vegetable oil.

WFP, together with the UN Refugee Agency (UNHCR) and the UN Children’s Fund (UNICEF), appealed to the international community on 31 October for continued support for refugees from Western Sahara.