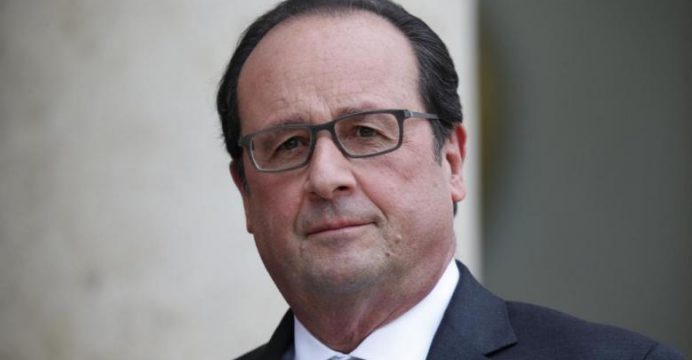 French President Francois Hollande said on Friday he would “clarify positions” with US president-elect Donald Trump during “frank” telephone discussions later in the day, reports BSS.

“I will have to clarify and seek clarification on positions. We must speak frankly to each other,” Hollande told France 2 television on the sidelines of France’s Armistice commemorations.

On Wednesday, the Socialist president had said the Republican billionaire’s election win “opens a period of uncertainty” and offered only brief congratulations.

“Donald Trump has been elected, my duty is to ensure that we have the best relations but on the basis of frankness and clarity,” Hollande, who declared a few months ago Trump’s excesses “make you want to retch”, said Friday.

The French leader cited the fight against terrorism, the battle against the Islamic State group in Syria and Iraq and the conflict in eastern Ukraine among the subjects he wished to discuss.

He underscored the “long friendship” between France and the US and the solidarity shown by Americans during a series of jihadist attacks on French soil over the past two years.

“Each time the American people were by our side,” he said, adding: “Our two peoples are very closely connected.”

Trump has raised hackles in France after saying the November 2015 Paris attacks that left 130 people dead might have been avoided if the country had looser gun laws.

He has also referred to “vicious” no-go zones in Paris and said French people arriving in the United States could face security vetting because of fears about extremists.

Merkel had congratulated him and said she looked forward to meeting him, at the latest, when Germany hosts a G20 summit in July in the northern port city of Hamburg.

Merkel had offered Trump “close cooperation” and “stressed that Germany and the United States of America are closely tied through common values,” Streiter said.

On Wednesday, Merkel had issued a first statement on Trump’s election, in which she pointedly said cooperation must be based on shared democratic values and respect for human dignity and reminded him of the global responsibility he carries.