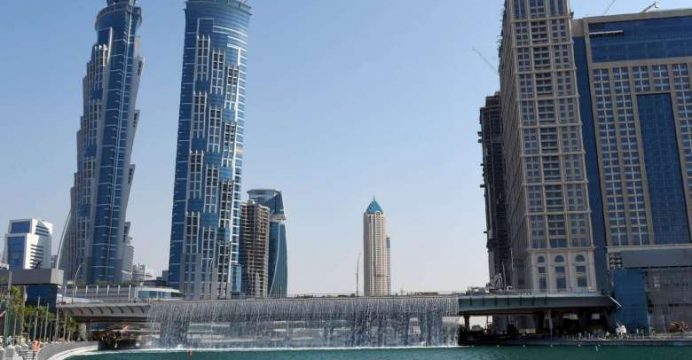 Dubai inaugurated a new canal on Wednesday after a three-year construction project costing $735 million, in a fresh boost for tourism and commerce in the booming Gulf city-state.

The Dubai Water Canal creates a 6.4-kilometre (four-mile) waterfront in the area running from the city’s growing Business Bay commercial district to the Gulf, reports BSS.

The waterway, between 80 and 120 metres (260-400 feet) in width, will “add a unique tourist and commercial showpiece” to the city, said the emirate’s Roads and Transport Authority (RTA) chief, Mattar al-Tayer.

An aerial view of the Dubai Water Canal

RTA said three bridges were built and that the project would provide “a new residential district, tourist attractions and recreational facilities including several hotels, restaurants and entertainment”.

It will add a new shopping centre, four hotels and 450 restaurants to the city, according to local media. Dubai’s ruler Sheikh Mohammed bin Rashid al-Maktoum attended the canal’s grand official opening ceremony, as the city state which attracted 14 million tourists in 2015 aims for 25 million visitors a year by 2020 when it hosts the global trade fair Expo 2020.

In 2013, Sheikh Mohammed, who is also the Gulf country’s vice-president and prime minister, promised that the water canal will be Dubai and the UAE’s “biggest landmark.”

Following a spectacular show of acrobats and dancers, he boarded a boat with his guests and sailed in the canal towards the commercial centre amid applause from inhabitants who gathered at its banks as fireworks lit up the sky.

The emirate is also working on a skyscraper that when completed will stand even higher than its Burj Khalifa — the world’s tallest tower at 823 metres (2,700 feet).