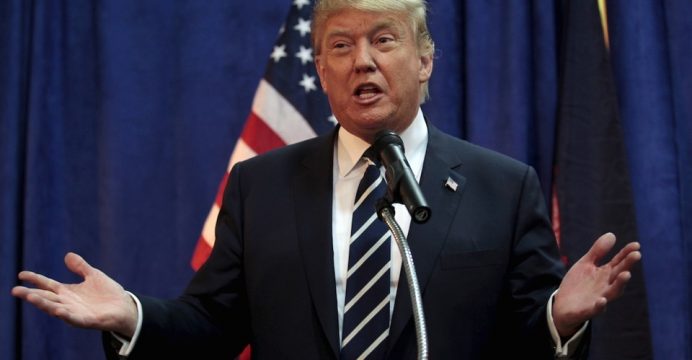 Donald Trump stunned America and the world on Wednesday, riding a wave of populist resentment to defeat Hillary Clinton in the race to become the 45th president of the United States, reports BSS.

According to BBC, The Republican nominee’s projected victory came down to a handful of key swing states, despite months of polling that favoured Mrs Clinton.

The battlegrounds of Florida, Ohio and North Carolina cleared the way for his Brexit-style upset. Global markets plummeted, with the Dow set to open 800 points down.

Mr. Trump’s projected victory in Wisconsin put him over the 270 out of 538 electoral college votes needed to win the White House.

The US president-elect took to the stage at his victory rally in New York and said: “I just received a call from Secretary Clinton. She congratulated us on our victory.”

According to CNN, Speaking at a victory party in New York, Trump was gracious toward Clinton and called for unity. “We owe (Clinton) a very major debt of gratitude to her for her service to our country,” Trump said. “I say it is time for us to come together as one united people.”

He added: “I pledge to every citizen of our land that I will be president for all Americans.”

Trump won with 288 electoral votes compared to 215 for Clinton, according to CNN projections.