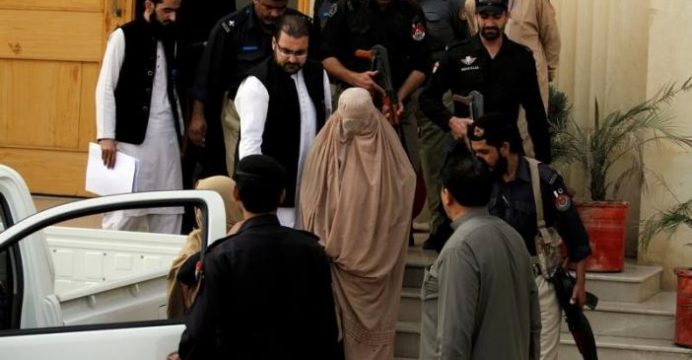 Pakistan on Monday delayed the planned deportation of Sharbat Gula, the green-eyed “Afghan Girl” whose 1985 photo in National Geographic became a symbol of her country’s wars, an Afghan official said.

Now in her 40s with four children, Gula has been hospitalized for most of the time since her arrest last month on charges of living illegally in Pakistan. A judge sentenced her last week to be deported, reports Reuters.

Waheedullah, a spokesman for the Afghan consulate in Peshawar, said Afghan diplomats had convinced Pakistani authorities to allow her to stay in the hospital until Wednesday.

Sharbat Gula, the green-eyed Afghan woman who became a symbol of her country’s wars 30 years ago when her photo as a girl appeared on the cover of National Geographic magazine

She then would be delivered to the Afghan border authorities at Torkham on Wednesday and from there she would be flown to Kabul where Afghan President Ashraf Ghani would host a function in her honor.

“The Afghan president has also announced a house for her in Kabul where she will live with her children,” said Waheedullah, who like many Afghans uses only one name.

A senior Pakistani official on condition of anonymity confirmed her deportation, planned for Monday, had been delayed until Wednesday.

Sharbat Gula became a symbol of Afghanistan’s long wars when a photo of her as a young refugee was published in National Geographic magazine in 1985.

She had been living in Pakistan’s northwestern city of Peshawar city for years with her husband and children. Her family has said her Afghan husband died a few years ago.