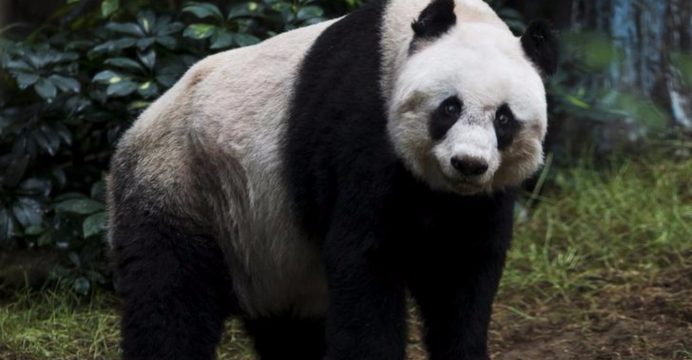 Video footage of a man who wrestled with a giant panda bear after breaking into a zoo enclosure in southern China went viral over the weekend.

The video, taken last Thursday, showed the man sneaking up to Meiling, a 120-kg (265-pound) male panda, and touching the sleeping bear on the head.

The 12-year-old panda woke up and grabbed the man’s leg, pushing him to the ground. After wrestling with the bear for more than five minutes, the man broke free and fled the enclosure, reports Reuters.

Authorities at the zoo in the southeastern province of Jiangxi said the panda was probably just playing with the man, who disappeared with only a tear in his trousers, state broadcaster CCTV reported.

The giant panda is prized in China and seen as a conservation success story, whose cause has been championed right up to the highest levels in Beijing.