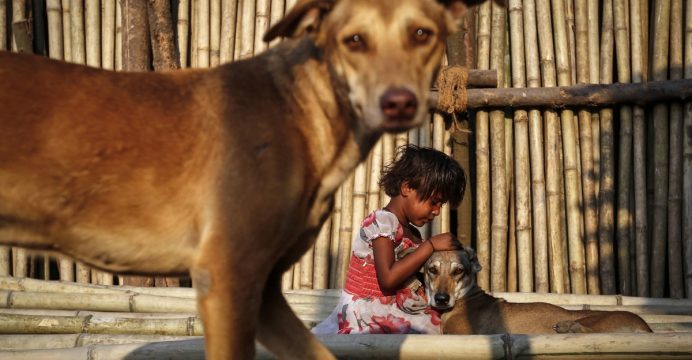 A man has been arrested in south Hyderabad for allegedly having unnatural sex with a dog who was found dead.

The police is investigating whether the man, identified as Aslam Khan, strangled the animal, or if she died during the act.

The suspect has told the police that he moved from Delhi two days ago to work as a daily wager. He was spotted in some bushes this morning by neighbors in his act of bestiality.

The dog was a stray who was fed and looked after by different families in the neighborhood.
The police say Aslam Khan does not appear mentally disturbed.

“These incidents expose the violent nature of human beings and it’s high time we arrest such actions. Such perpetrators must be brought to book so we can set precedence for future wrong doers,” said Animal Rights Activist NG Jayasimha.

Today’s case comes three months after two medical students in Chennai threw a dog from the roof and filmed its fall. Luckily, the dog survived and was helped to heal by animal rights activists. The horrifying video amplified calls for tougher Indian laws to punish cruelty to animals.