Photographer Steve McCurry shot the portrait of Sharbat Gula in a refugee camp in Pakistan in December 1984, when she was around 12 years old. Ms. Gula was among millions of Afghans who fled to Pakistan to avoid fighting that broke out after the Soviet invasion of Afghanistan in 1979.

That young girl became one of the most famous magazine covers in history was arrested Wednesday for allegedly possessing a fraudulent Pakistani identity card.

Her photo was published on the cover of National Geographic’s June 1985 issue. Mr. McCurry, the photographer, knew little about her when he took the photo, but was reunited with Ms. Gula in 2002. A more detailed profile was published in April that year. 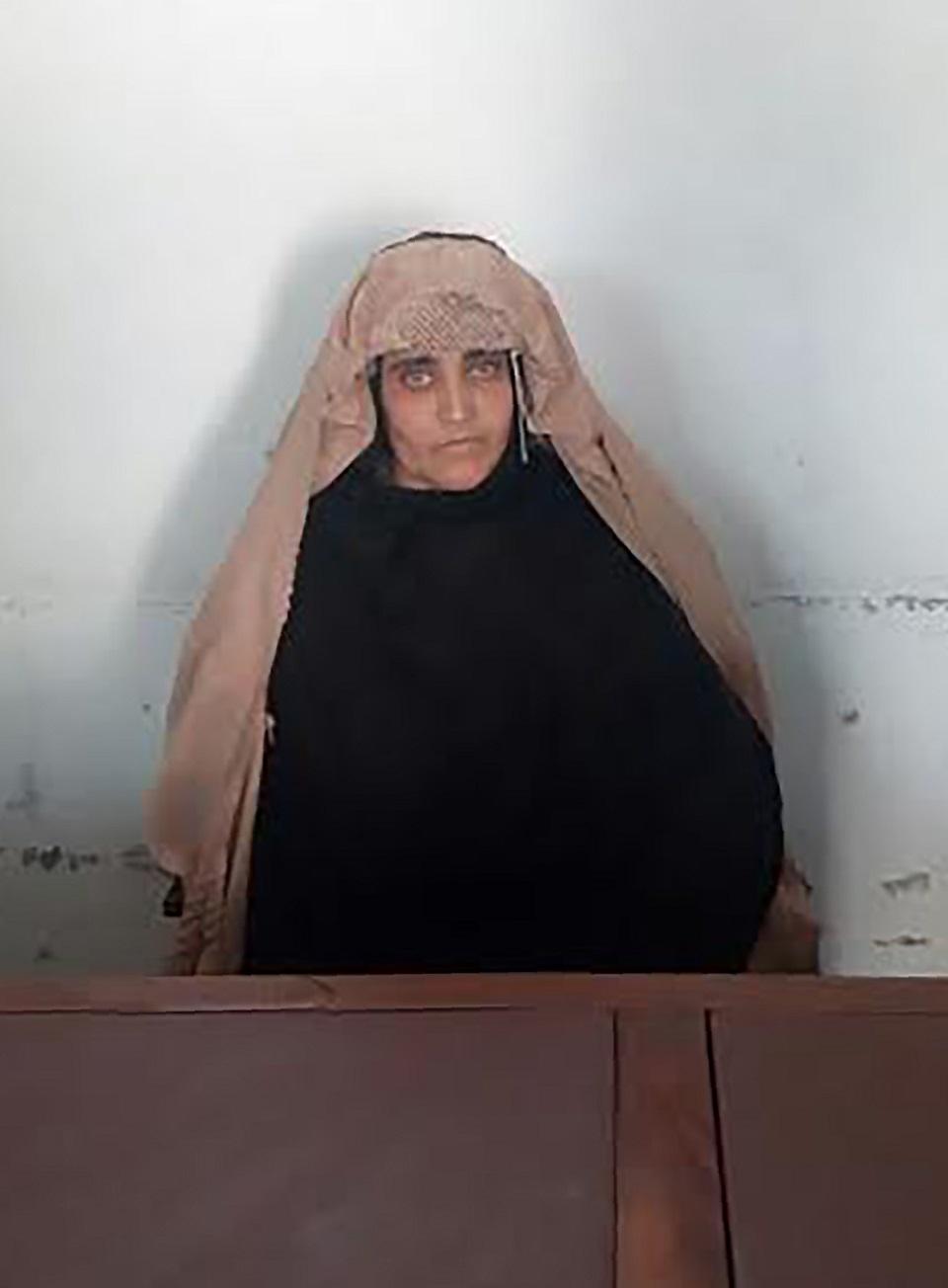 Ms. Gula was arrested Wednesday in the northwestern Pakistanicity of Peshawar, where there are many Afghan refugees.

She is one of thousands of Afghan refugees Pakistani officials say have acquired Pakistani citizenship documents illegally. Pakistani identity documents give refugees more rights in the country, such as property and business ownership and ease of movement. Afghan refugees over the years have complained about harassment from police and extortionists because of their refugee status. Many don’t want to return to Afghanistan because of the security and economic situation there, officials say.

The government has clamped down on fake identity documents in recent years, and officials say people with fake ID cards pose a serious security threat. The crackdown gathered pace after the revelation this year that Afghan Taliban leader Mullah Akhtar Mansour had a Pakistani identity card under another name, and traveled using a Pakistani passport. Mullah Mansour was killed in a U.S. drone strike in Pakistan in May.

“Women police officers arrested her today after our investigation, which took a year and a half, was completed,” said Shahid Ilyas, an officer at Pakistan’s Federal Investigation Agency. “Action will be taken according to the law.”

Pakistani officials say Ms. Gula applied for a Pakistani identity card under the name Sharbat Bibi in April 2014, and was issued one. According to police records, an investigation started in February 2015.

Authorities have also filed a case against two officials from Pakistan’s National Database and Registration Authority, which issues identity cards, in connection with Ms. Gula’s case.

Ms. Gula and the two Pakistani officials couldn’t be reached to comment.

If found guilty of willfully seeking and acquiring a fraudulent identity card, Ms. Gula could face up to seven years in prison and deportation to Afghanistan. The officials accused of assisting her face up to 14 years in jail.

Mr. McCurry, the photographer, wrote on Facebook that he would do “anything and everything possible” to help Ms. Gula. “I object to this action by the authorities in the strongest possible terms,” he wrote. “She has suffered throughout her entire life, and her arrest is an egregious violation of her human rights.”