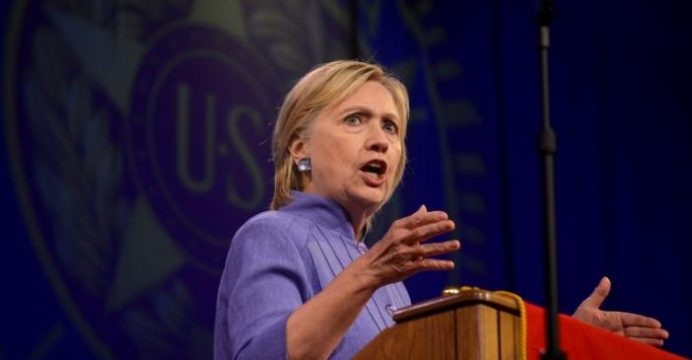 Democratic White House candidate Hillary Clinton is leading among likely voters aged 18 to 29, according to a Harvard University opinion poll released on Wednesday.

The former U.S. secretary of state had the support of 49 percent of likely voters, ahead of Republican rival Donald Trump’s 28 percent support, a substantially wider lead than Democratic President Barack Obama had over Republican former Massachusetts Governor Mitt Romney at the same point in 2012, reports Reuters.

National polls of voters of all ages also show Clinton leading, though by a substantially narrower margin. Some 14 percent of respondents said they planned to vote for Libertarian Gary Johnson, with 5 percent supporting the Green Party’s Jill Stein and 11 percent still undecided. More than one in three self-described Johnson voters said they were likely to change their minds before Election Day.

A majority of respondents, 51 percent, described themselves as “fearful” about the future of America, with just 14 percent of the 2,150 respondents saying they believed the country was headed in the right direction.

The sense of fearfulness was most predominant among white respondents, though 85 of black respondents said they believed they were “under attack” in modern American society.

Some 62 percent of respondents said they believed race relations in the United States would worsen if Trump was elected president. Twenty-two percent thought race relations would deteriorate if Clinton won the Nov. 8 election, with the plurality, 36 percent predicting they would stay the same.

The survey, conducted Oct. 7-17 has a margin of error of 3.1 percentage points, meaning results could vary that much either way.