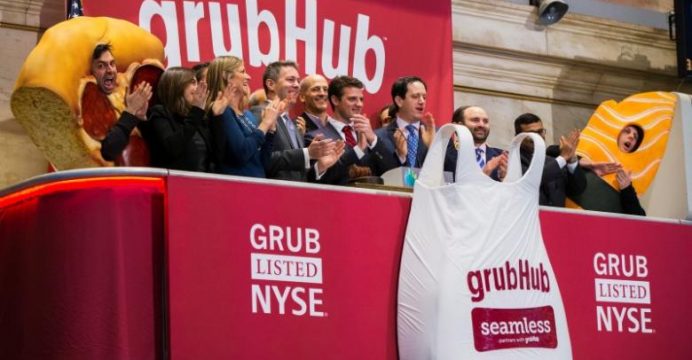 The company, which has a delivery network spread across 1,100 U.S. cities as well as London, also forecast revenue of $136 million-$138 million for the current quarter, largely above analysts’ average estimate of $136.2 million, according to Thomson Reuters I/B/E/S. The number of active diners rose 19.5 percent to 7.7 million, the company said on Wednesday, reports Reuters.

Excluding items, GrubHub earned 23 cents per share. Revenue rose 44.1 percent to $123.5 million. Analysts were expecting revenue of $118.45 on earnings of 19 cents per share.