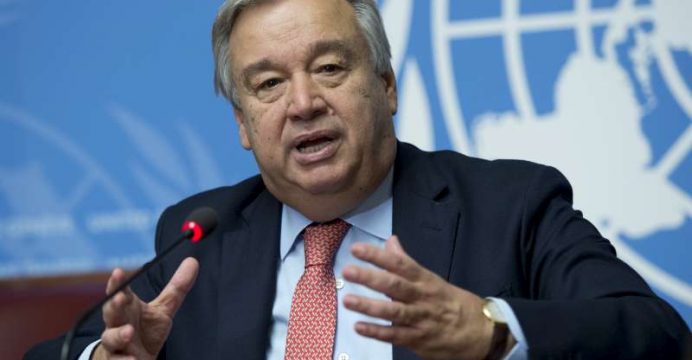 US President Barack Obama on Tuesday, congratulated the next UN chief Antonio Guterres on his recent election, pledging that the US would continue to work closely with the world body, reports BSS.

In the phone call Obama stressed to the former Portuguese president, who will become the new secretary general of the United Nations on January 1, the importance of UN reform efforts, including “ensuring effective and accountable peacekeeping.”

Prior to the election, Antonio Guterres worked as the UN high commissioner for refugees

“He also stressed the importance of strengthening UN reform efforts, including ensuring effective and accountable peacekeeping and strengthening and modernizing UN institutions.”

Socialist politician Guterres, who also served as UN refugee chief for a decade, is expected to play a more prominent role as the world’s diplomat-in-chief than Ban Ki-moon, the South Korean who will step down after two five-year terms.

Guterres recently won the unanimous backing from the Security Council to take the helm of the United Nations, capping a campaign that saw 13 candidates run for the top post including, for the first time, seven women.