The authors say that two-child policy will likely to lead to a reduction in the number of abortions of unapproved pregnancies, virtual elimination of the problem of unregistered children, and a more balanced sex ratio, but warn that the effect on the shrinking workforce and rapid population ageing may not be felt for two decades. As a result, they say that policies, including increasing the retirement age, strengthening the state pension system, and encouraging three generation living should be strongly considered. 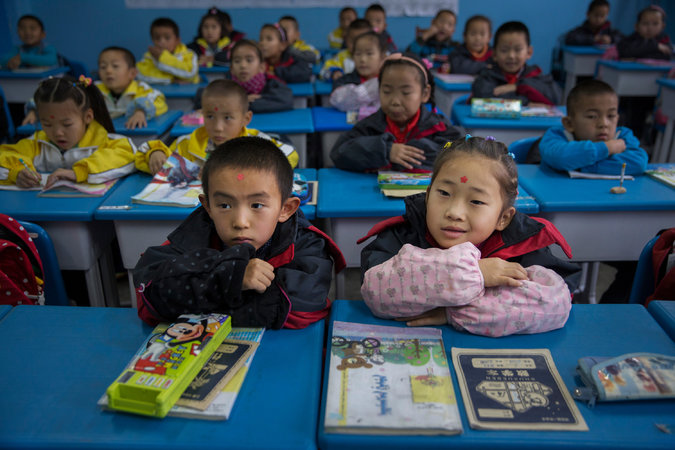 China’s one-child policy was introduced in 1979 to curb population growth and promote economic development. Difficult to implement in rural areas, from 1984 rural couples were allowed a second child if their first child was a girl (the so-called 1.5 child policy). Fertility rates dropped from an estimated 5.9 births per woman in 1970 to between 1.5 and 1.7 in the late 1990s. Amid fears that universally lifting the one-child policy would lead to a baby boom, the Chinese government has introduced gradual changes – for instance, by allowing parents who were only-children to have two children. But, by May 2015, only 1.45 million (13.2%) of 11 million eligible couples applied for permission to have a second child. In October 2015, the two-child policy was introduced country-wide.

“China’s one-child policy is one of the most controversial policies in history, and debate has raged over the positive and negative effects,” says Professor Therese Hesketh from University College London, UK and Zhejiang University, China. “Last year, the Chinese government introduced the universal two-child policy. Our analysis suggests the change would allow most people to have their desired number of children and help address the skewed sex ratio, but that the effect on population ageing and the shrinking workforce will take longer to be felt.”

Although ageing populations are increasing worldwide, the one-child policy has rapidly accelerated the process in China. Other negative effects of the one-child policy include the highly skewed sex ratio, with a predicted excess of 30 million unmarriageable men by 2020 under current trends, and the decline in the working age population which could threaten economic growth.

The authors therefore recommend a number of policy changes to ensure economic development. Firstly, an increase in the national retirement age is known to improve physical and mental health in older adults, but would also prolong pension contributions and partially address the labour shortage. Secondly, they say that the state-sponsored pension system must be strengthened, especially in rural areas where pension coverage is limited. The authors also note that three-generation living should be encouraged. Because of continuing large-scale rural-urban migration of the working population, support for rural elderly to go to live with or near city-dwelling children should be a focus. In addition, the particular situation of ageing single men with no children needs to be recognised. Finally, measures need to be taken to increase the number of paediatricians.

“China has one of the lowest retirement ages in the world at 55 for women and 60 for men. The effect of the universal two-child policy on population ageing and size of the labour force will not be felt for around two decades. Therefore, increasing the retirement age and strengthening the pensions system could help accelerate economic growth,” says Professor Zeng Yi from Peking University, China and Duke University, US.