An online petition to prevent the removal of an explicit mural in Brussels has gained thousands of signatures, highlighting a wave of graphic street art in the city known for its cartoon-inspired murals.

Painted last month by an anonymous artist in pointillist style, in black and white, the penis covers a two-storey wall on the side of a house. Shortly after its appearance, local council members voted in late September for it to be removed , reports Reuters.

However, a petition started by residents of the Brussels district of Saint-Gilles who want it to stay has now won nearly 3,000 signatures. 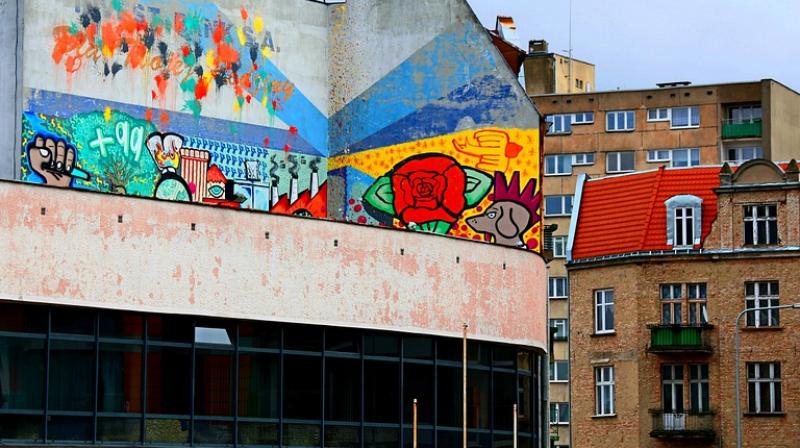 “Everybody likes it, I think,” said one Saint-Gilles resident interviewed by Reuters. “People pretend to be shocked but they like it. Why shouldn’t they like it?”

The council said it recognized that the wall was ideal for street art, and will find an artist to fill the space after the penis is removed.

Another painting of an anus covers an advert for home appliance producer Zanussi, with the first letter and last two letters of the brand name covered. Graffiti of a birth, which was added in early October, is on the other side of the same building.

Darren, a Brussels resident who goes to a restaurant across the street from the mural portraying intercourse, likes the mural because it is unique.

“When you walk around here and you get stuck (in traffic), you look around,” he said. “You don’t see things like that everywhere, it’s important to have things that are a bit different and cannot be found everywhere.”

Belgium and its capital Brussels are the home of some of the best known cartoon artists such as Herge who created the adventures of Tintin and Peyo who created the Smurfs.