Japan shelved the on-court histrionics and let his tennis do the talking to win an enthralling battle against rising Belgian David Goffin 4-6 6-3 7-5 and clinch the Japan Open on Sunday.

The Australian number one, long criticized for his temper tantrums, was a model of composure as he overhauled the world number 14 for the biggest title of his career and his third overall, reports BSS.

“It was a great week and I’ll be here again,” 21-year-old Kyrgios said at the trophy ceremony, thanking the crowds for their support and tournament organizers for the “amazing” food. 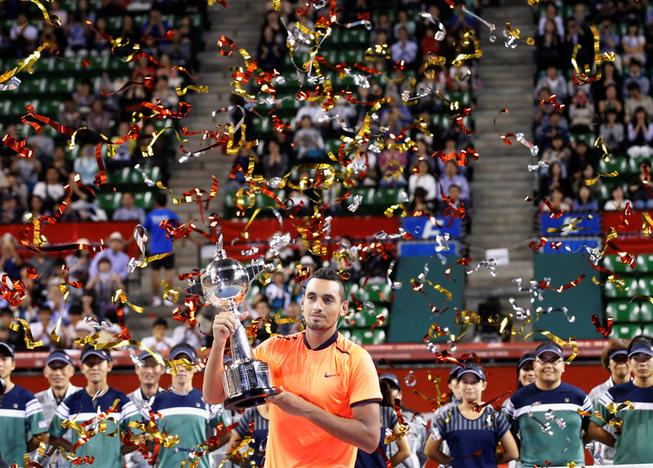 “I’m going to come here, for sure, for my whole career.”

Since bowing out of the U.S. Open with a hip injury in the third round, a retirement that prompted American great and TV pundit John McEnroe to question his commitment, Kyrgios has shown tantalizing signs of realizing the potential that his gifts have long promised.

The world number 15 returned home to help Australia retain their place in the Davis Cup World Group with victory over Slovakia in their Sydney playoff and his triumph in Japan featured an impressive semi-final win over world number eight Gael Monfils.

Kyrgios picked up a $310,000 winners’ cheque and a shot of confidence in time for this week’s Shanghai Masters.