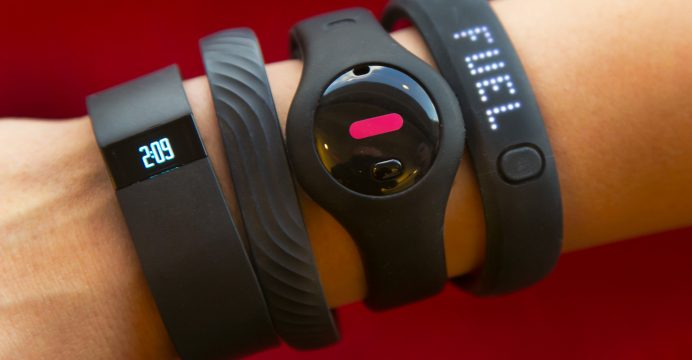 Even with charity or cash incentives, activity trackers do not appear to improve health

Cash incentives helped increase exercise levels at 6 months, but not enough to benefit health, and 90% of participants stopped using the devices once incentives stopped

Regularly using an activity tracker (or pedometer) that monitors and provides feedback on physical activity does not increase activity levels enough to benefit health, even with the incentive of a financial reward, according to a randomised trial involving 800 full-time workers, published in The Lancet Diabetes & Endocrinology.

“Over the course of the year-long study, volunteers who wore the activity trackers recorded no change in their step count but moderately increased their amount of aerobic activity by an average of 16 minutes per week. However, we found no evidence that the device promoted weight loss or improved blood pressure or cardiorespiratory fitness, either with or without financial incentives”, explains lead author Professor Eric Finkelstein from Duke-NUS Medical School in Singapore. “While there was some progress early on, once the incentives were stopped, volunteers did worse than if the incentives had never been offered, and most stopped wearing the trackers.”

More than half of adults in developed countries do not achieve recommended levels of physical activity. Despite the popularity of pedometers (or activity trackers) as a tool for motivating and monitoring activity levels, little research exists on whether they can help people lead healthier lives, or if financial incentives could encourage people to wear them for longer and achieve higher fitness levels. One in ten US adults owns an activity tracker but research suggests that about a third of people abandon them within 6 months of purchase.

This trial of economic incentives to promote physical activity (TRIPPA) was designed to assess the extent to which an activity tracker (in this case a Fitbit Zip worn on the waist) with and without cash or charitable incentives could increase physical activity and improve health outcomes among 800 employees (aged 21 to 65 years) recruited from 13 organisations in Singapore. The researchers also measured the amount of moderate-to-vigorous physical activity (MVPA) minutes per week (aerobic steps) as well as participants’ weight, blood pressure, cardiorespiratory fitness, and self-reported quality of life at the start of the study and 6 and 12 months later.

For the first 6 months, participants were randomly assigned to one of four groups: the control group received information about physical activity and a weekly payment of S$4 (Singapore dollars) but no activity tracker; the Fitbit group received an activity tracker and a weekly payment of S$4; and the charity and cash incentive groups received a tracker plus S$15 for every week that they logged between 50000 and 70000 steps, or S$30 if they recorded more than 70000 steps to donate to a charity of their choice (charity group) or to keep the money for themselves (cash group). In the subsequent 6 months of the study, participants could continue to wear their activity trackers, but were not offered an incentive.

During the first 6 months of the study, only participants in the cash incentive group recorded increases in physical activity compared to the start of the study, on average performing an additional 13 min of MVPA per week and increasing their number of daily steps by 570 (average daily step count 11010 during the first 6 months). During the same period, the control group on average did less physical activity than they had at the beginning of the trial, whilst the average level of activity in the charity and Fitbit volunteers remained pretty constant.

However, after 12 months (6 months after the incentives stopped) volunteers in the cash incentives group recorded a substantial reduction in physical activity, logging levels similar to the start of the study. In contrast, after 12 months Fitbit volunteers showed improved levels of physical activity, recording an extra 16 min of MVPA per week on average (table 3). Importantly, health outcomes did not improve for any of the groups at either 6 or 12 months.

According to the authors, these findings suggest that the type of financial incentive and how long it is in place is important to its effectiveness. “Our findings suggest that coupling the incentives to daily steps may not be the way to go. However, tying them to MVPA or aerobic steps is worth considering as these are the type of steps most likely to improve health. Yet, the results also suggest that any incentive strategy would need to be in place for a longer period of time to generate any noticeable improvements in health benefits and to avoid any undermining effect from their removal”, explains Professor Finkelstein.

Importantly, approximately 40% of participants stopped using the activity tracker in the first 6 months and just 10% were still wearing the tracker at 12 months. “We saw a large drop off in usage as the study went on. People use these devices for a while, but with time the novelty wears off—this is consistent with how people use trackers in real life”, adds co-author Professor Robert Sloan from Kagoshima University Graduate School of Medical & Dental Sciences, Kagoshima, Japan.