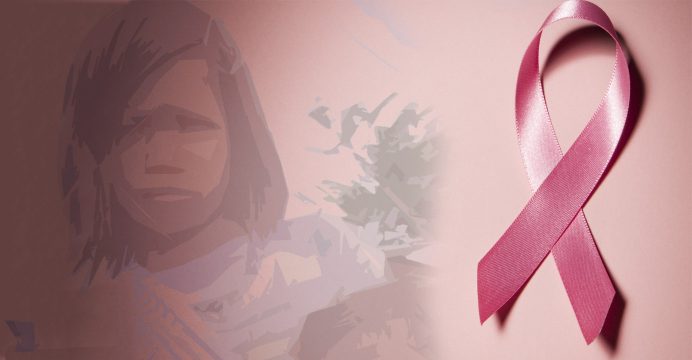 Awareness raised about breast cancer among migrant women in Thailand

IOM will carry out activities throughout the month of October to promote awareness of breast cancer among female migrants temporarily detained in Thailand.

The initiative is part of IOM’s efforts to commemorate Breast Cancer Awareness Month across the globe.

Aimed at supporting at least 70 female migrants, the activities will centre on workshops conducted by IOM staff at six locations in Phang Nga, Ranong, Songkhla and Surat Thani provinces.

The workshops take into consideration gender sensitivities – only female staff and translators will be present to educate migrants on lifestyle-related risk factors, signs and symptoms, and the importance of early detection. They will also be taught self-examination techniques through demonstrations.

Breast cancer is the second most common cancer worldwide with one in every eight women developing the disease over the course of a lifetime.

The majority of deaths globally occur in low and middle-income countries, where most women are diagnosed in the late stages largely due to lack of early detection. An estimated 14 people die of breast cancer each day in Thailand.

The activities are part of health support services provided to migrants in protracted detention, including regular medical check-ups and follow-up treatment, under the project Humanitarian Assistance for Myanmar Muslims from Rakhine State and Special At-Risk Groups in Thailand.

“With cancer rates on the rise and migrant women often left out of awareness-raising campaigns, this timely intervention will empower the female detainees with knowledge and enable them to take responsibility for their health, ” says programme manager Amela Mujagic.

The project is funded by the US State Department’s Bureau of Population, Refugees and Migration (PRM) and the European Commission’s Humanitarian Aid and Civil Protection Department (ECHO).