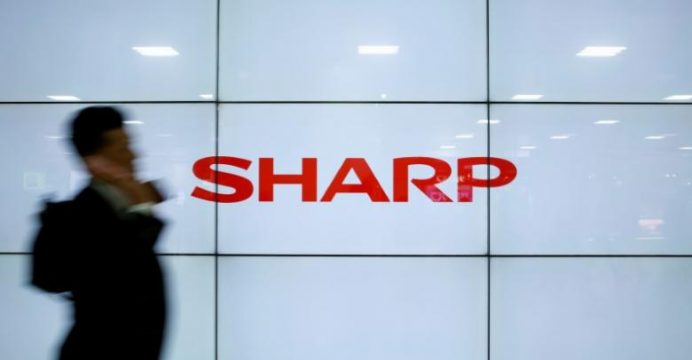 Japan’s Sharp Corp said it will spend $570 million on its organic light-emitting diode (OLED) screen business – one of its first major investments since it was taken over by Taiwan’s Foxconn although the amount pales in comparison to efforts by South Korean rivals.

Manufacturers of consumer and other electronics are gradually shifting towards OLED screens which are generally thinner and are more flexible than liquid crystal display (LCD) screens, reports Reuters.

Sharp said it will invest in pilot production lines at its plants in Osaka and in Mie prefecture, western Japan, which are due to start between April and June 2018.

Foxconn, formally known as Hon Hai Precision Industry Co Ltd , secured control of Sharp last month in a deal that gives its access to the Japanese firm’s advanced screen technology and which is likely to help strengthen its pricing power with major client Apple Inc.

South Korean rivals have bet heavily on the technology over the last two years. LG Display Co Ltd said last year it would invest 10 trillion won ($9 billion) in a new plant to make the ultra-thin panels. Samsung Display, an unlisted unit of Samsung Electronics Co Ltd that’s the largest maker of OLEDs for smartphones, is investing 4 trillion won by 2017 in an OLED production line. Research firm IHS has forecast that shipments of OLED smartphone panels will overtake LCDs in 2020.