During construction, some Antwerpers saw a ship or a diamond emerging from the brick-built old dockside fire station upon which the Iraqi-born Briton, who died in March, built the new structure, said Antwerp Port Authority CEO Eddy Bruyninckx, reports Reuters.

“Leave it to the imagination of people,” said Bruyninckx, whose staff will work in the new building overlooking the Scheldt estuary. 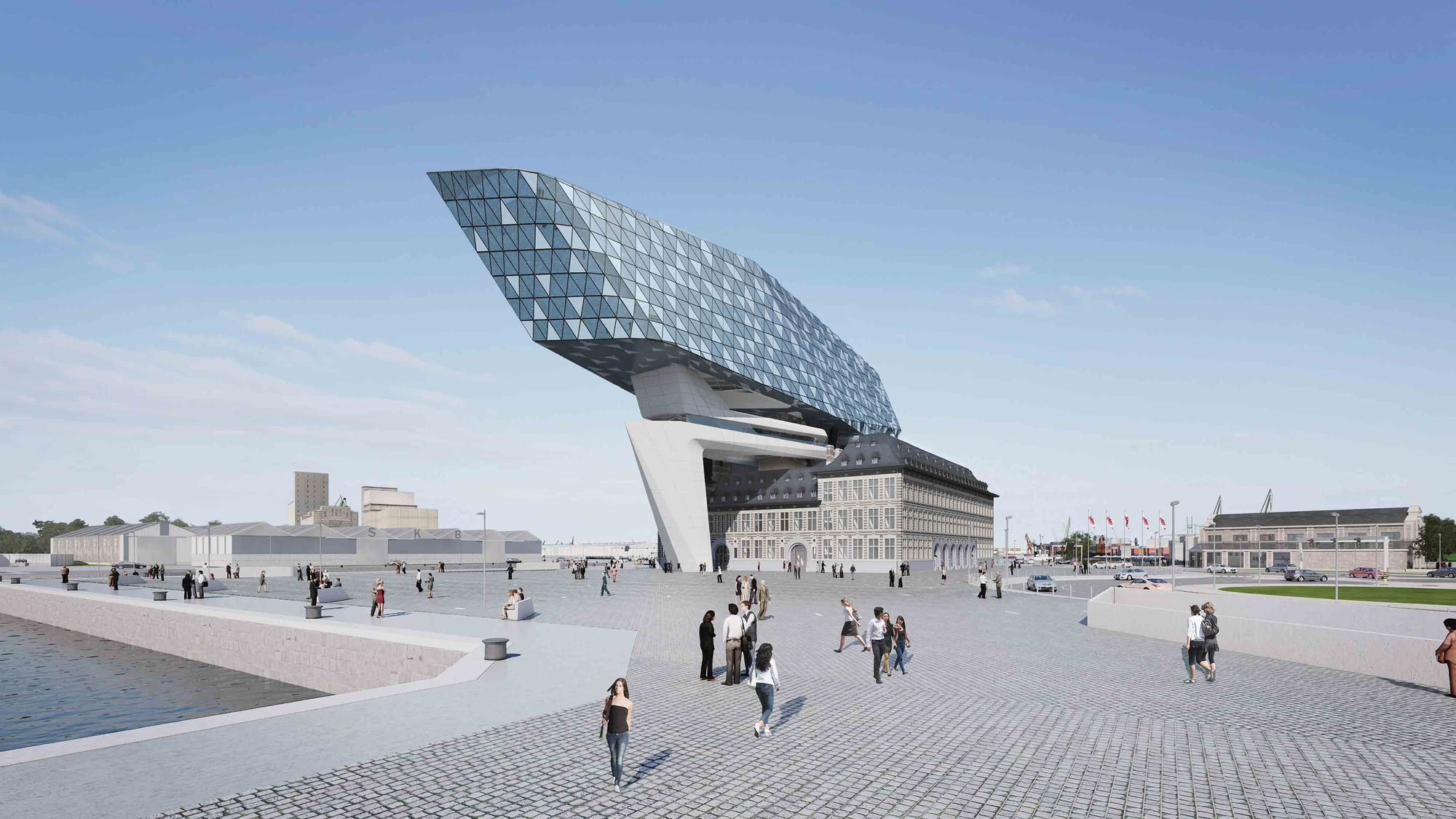 The port authority chose a spot between the port and city center for its new headquarters, where 500 employees will work. Ranked second in Europe behind the neighboring Dutch Rhine Delta city of Rotterdam, the Belgian port is growing fast.

Just months before completion, Hadid died suddenly at 65. The Port House adds to her legacy of eye-catching buildings around the world, including the Guangzhou Opera House in China and the London Aquatics Centre built for the 2012 Olympics.

Project manager Joris Pauwels said Hadid was adamant about preserving the fire station. The original square building did not have a main facade, so the architects decided to layer the addition on top of the structure to avoid obscuring the front.

Concrete pillars and 900 tonnes of steel hold the glass workspace above the fire station, Pauwels said. A bridge level joins the two structures and gives employees a 360-degree view of the port and public square below.

After her death, the city council amended its street plan to rename it Zaha Hadidplein or Zaha Hadid Square.