Roald Dahl’s ‘The Twits’ comes to life in London show

Roald Dahl’s “The Twits”, a children’s tale about a cruel and spiteful married couple, is being brought to life through an immersive theatrical show in London.

The book told the story of the horrid Mr and Mrs Twit who keep their pet monkeys standing on their heads in a bid to form an upside-down monkey circus. 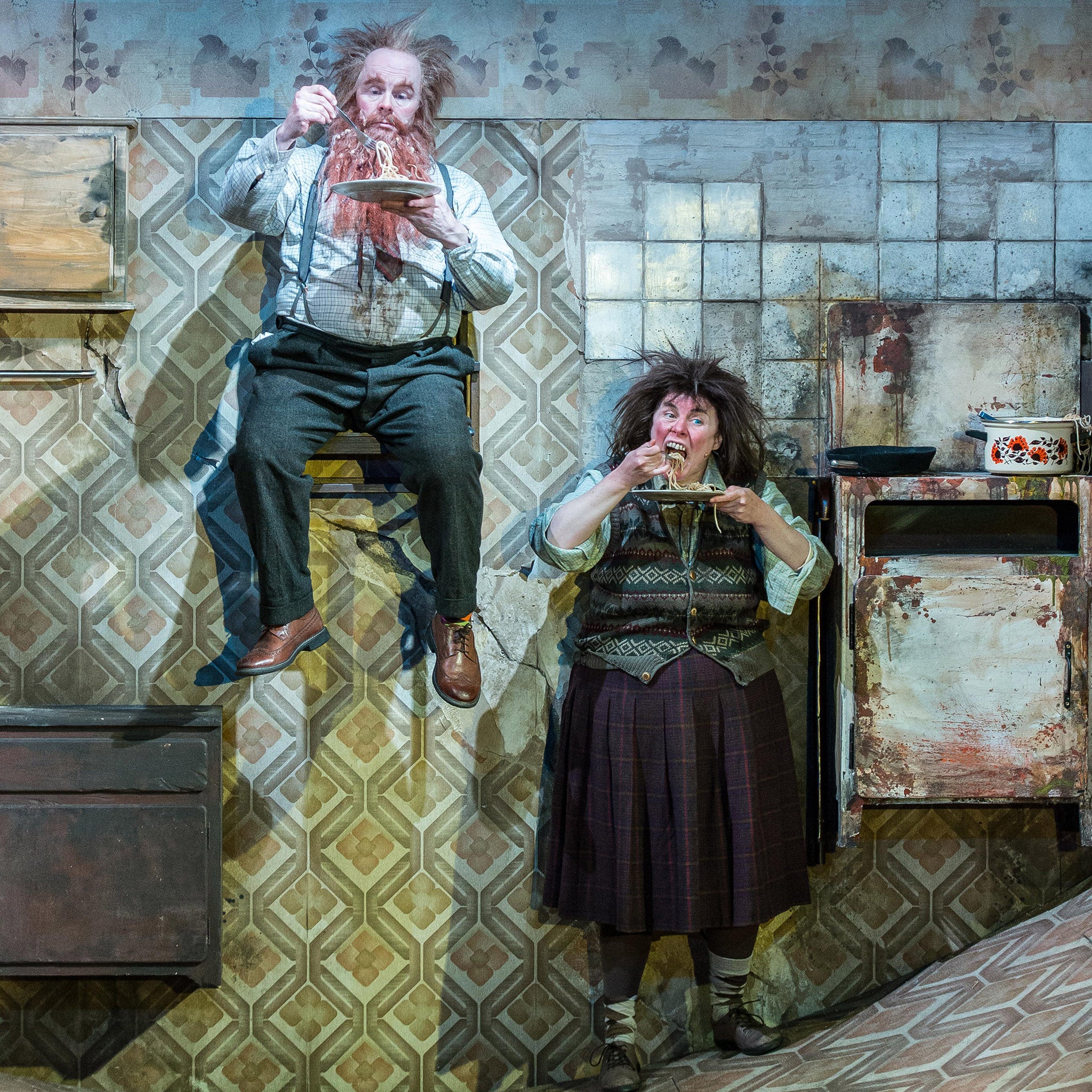 “Dinner At The Twits” celebrates the couple’s 40th anniversary, with audiences taking part in a special meal — made up of some unusual dishes — for the occasion, reports Reuters.

“Essentially you have dinner at The Twits’. It’s a renewal of their wedding vows… so they’re celebrating by having a banquet,” said James Seager, producer for Les Enfants Terribles theater company.

The 90-minute show is only for adults, who will be offered dishes such as Mrs Twit’s infamous bird pie and other choices like “Treasures of the Compost Heap” and “Glowing Hug Tight Glue”, cooked up by London-based Bompas & Parr.

“I want (audiences) to come away with a real sense of fun but also this sense of grottiness and horribleness of Mr and Mrs Twit because that’s what they’re famous for,” Seager said.

“Dinner At The Twits” is playing at London’s The Vaults venue until Oct. 30.