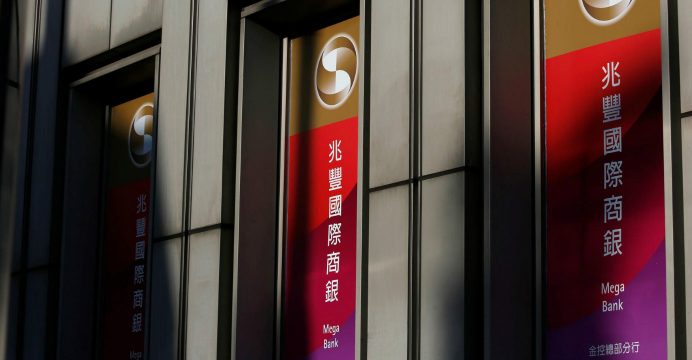 Taiwan regulators have ordered the removal of executives of a local bank linked to the Panama Papers scandal and barred it from opening overseas branches, saying not enough was done to prevent money laundering.

Mega International Commercial Bank had already been hit with a $180 million fine last month by US regulators after they uncovered “suspicious transactions” between its New York and Panama branches, reports BSS.

The Panama Papers, which were released by media in April, comprised a trove of leaked documents that revealed a murky financial underworld of tax evasion by politicians, celebrities, and sports stars using shell companies.

The logo of Mega International Commercial Bank is seen in Taipei, Taiwan

Mega Bank had dealings with a Panamanian law firm at the centre of the scandal, the US Department of Financial Services said.

“Mega Bank headquarters had poor management of its overseas branches and was not adequately staffed to supervise an effective compliance mechanism,”FSC said in a statement Wednesday.

Despite being aware late last year of US regulatory concerns, the bank did not do enough to improve its anti-money laundering controls, the FSC said.

Mega International will not be allowed to set up new branches abroad until it improves internal management, it added. Taiwan’s cabinet last month passed a bill to toughen its anti-money laundering laws following Mega International’s fine.

The US order does not specify whether the Taiwanese bank actually engaged in money laundering. Although offshore companies are not in themselves illegal, they can be used to engage in illegal activities.