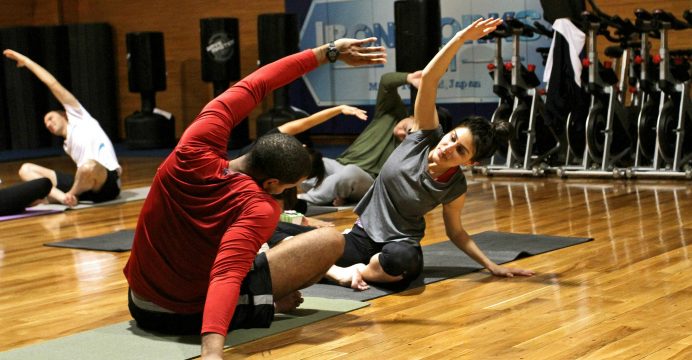 Heavy drinkers who exercise are less likely to die

Heavy drinkers who exercise are less likely to die from alcohol-related diseases than those who don’t, a study suggested on Thursday, although its authors were cautious about the implications of their data, reports BSS.

Alcohol use categories ranged from “never drunk” to “harmful”, while exercise included everything from light gardening or walking to a vigorous sport.

The data showed that “the association between alcohol intake and mortality risk was moderated by PA (physical activity),” the team reported in the British Journal of Sports Medicine.

Previous research has linked high alcohol intake to a heightened risk of death from heart disease, stroke and some types of cancer.

Of the study respondents, 14.6 percent reported not drinking, while 13.3 percent exceeded the British recommended weekly maximum of 14 units for women and 21 for men.

A unit is the equivalent of about a glass of wine, a small beer, or a shot of hard liquor. About one in four respondents said they did no physical activity at all, while a similar percentage were highly active.

The team did say that their study could not draw any firm conclusions about cause and effect — whether exercise actively lowers the risks associated with alcohol.

But the results “provide an additional argument for the role of PA as a means to promote the health of the population even in the presence of other less healthy behaviours,” they wrote.

Experts not involved in the study pointed out that the apparent link may be caused by unrelated factors.

“It is important to consider alternative explanations for the findings,” Matt Field of the University of Liverpool told the Science Media Centre in London.

“For example, people who are already ill may be less active than those who are healthy.”

Kevin McConway of The Open University said differences in the diet of people who exercise and those who do not may also be a factor, rather than the level of the activity itself.