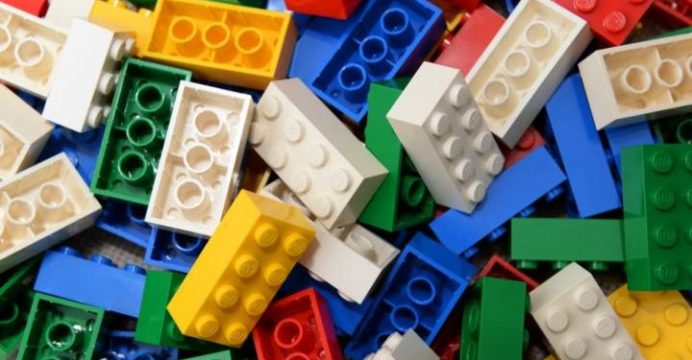 LEGO A/S reported a decline in revenue growth and profits for the first half of 2016, but only because the Danish toymaker needed time to add production capacity to meet increased demand for its colorful building bricks in North America, the company said on Tuesday, reports Reuters.

LEGO has increased sales by an average of more than 15 percent per year in the last 12 years, with a 25 percent growth rate in 2015. But while sales in Asia and Europe, its most mature market, grew by double digits in the first half of 2016 there was no growth in the Americas.

A Lego logo adorns a wall at the headquarters of the Danish toy company during the annual news conference in Billund, Denmark

LEGO simply could not keep up with demand in North America, the world’s biggest toy market in 2015, so it reduced its marketing activities, which led to the slowdown in the first half of 2016, Chief Financial Officer, John Goodwin told Reuters.

“We are working very closely with our retail partners to ensure that as we go into the important holiday season, the back half of 2016, that we’ve got all of the levers pulled to get back on the growth trajectory,” he said.

As part of a global investment plan, the company has invested in a new factory in China, expanded production capacity in Mexico and plans to double the capacity of the group’s plant in Hungary. As a result, the company recruited over 3,500 new employees in the first half of 2016, an increase of 24 percent.

“We feel we need to invest, to build some breathing space,” Goodwin said.

“These investments in people and infrastructure will obviously have an impact on our short-term profit growth. But they are part of our long-term plan to sustain the development and delivery of fun,” Goodwin said.