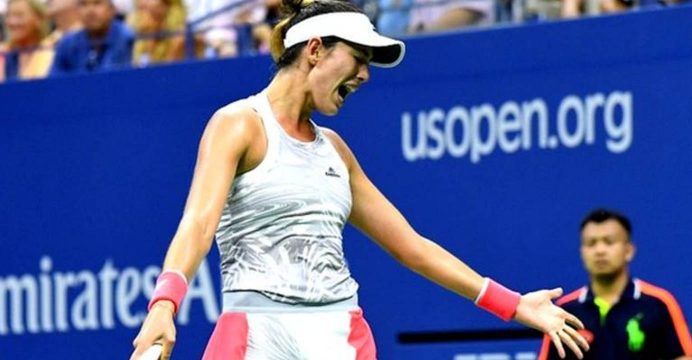 Muguruza, Raonic knocked out at US Open

French Open champion Garbine Muguruza and Wimbledon runner-up Milos Raonic were knocked out of the US Open on Wednesday as Novak Djokovic was handed a free pass into the last 32, reports BSS.

Third seeded Spaniard Muguruza, who has struggled in the aftermath of her Roland Garros breakthrough in June slumped to a 7-5, 6-4 loss to Latvia’s Anastasija Sevastova, the world number 48.

A horribly out of sorts Muguruza rallied from 1-5 down in the second set, saving three match points, but Sevastova, who quit the sport in 2013 to study leisure management, held her nerve for the victory.

“This us why I came back to the sport for the big stages like this and night sessions at the Slams. But I was shaking a little at the end,” she said.

“It was extremely physical out there. I was playing on adrenaline,” said 24-year-old qualifier Harrison who was as high as 43 in the world in 2012.

He goes on to face experienced Cypriot Marcos Baghdatis for a place in the last 16.

Harrison has now reached the third round of a Slam for the first time after recording just a second win over a top 10 opponent in 27 meetings.

“I started cramping midway through the second set. There was a lot of nerves and stress. It was a result of over-exuberance,” said 25-year-old Raonic who claimed that the pain eventually spread to his back and arms and that, as a result, he was unable to carry his bags.

World number one Djokovic made the last 32 of a major for the 33rd successive time without hitting a ball when Jiri Vesely of the Czech Republic withdrew from their second round encounter suffering an inflammation of the left forearm.