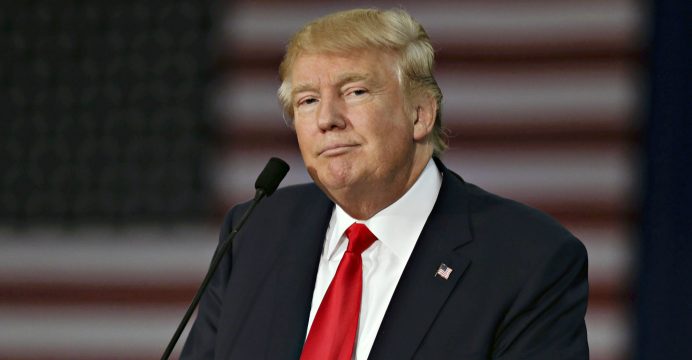 U.S. Republican presidential nominee Donald Trump on Wednesday pledged to begin building a wall along the U.S.-Mexico border and deporting undocumented immigrants on the first day of his presidency if elected, reports BSS.

“On day one, we will begin working on an impenetrable, physical, tall, powerful, beautiful southern border wall,” Trump told a crowd at a rally in Phoenix, Arizona.

The hardline speech effectively defied any expectation that the New York real estate developer would soften his tone as the election heats up.

“We will use the best technology, including above and below ground sensors … towers, aerial surveillance and manpower to supplement the wall. Find and dislocate tunnels and criminal cartels, and Mexico will work with us,” he continued.

“And Mexico will pay for the wall … 100 percent. They don’t know it yet, but they’re going to pay for the wall,” Trump said, just hours after Mexican President Enrique Pena Nieto announced his country would not pay.

Trump earlier in the day paid his first foreign visit as Republican presidential nominee to Mexico at the invitation of Pena Nieto.

“At the beginning of the conversation with Donald Trump, I made it clear that Mexico will not pay for the wall,” Pena Nieto tweeted after their one-hour meeting.

At the Phoenix rally, Trump also promised that his administration would have zero tolerance toward criminal undocumented immigrants, vowing to create a deportation task force within the U.S. Immigration and Customs Enforcement division so as to identify and quickly deport them.

“Day one, my first hour in office, those people are gone,” Trump claimed, attacking the current U.S. immigration system for being “worse than anybody ever realized.”

He also blasted President Barack Obama and former Secretary of State Hillary Clinton, Trump’s Democratic rival, for policies such as supporting so-called sanctuary cities, a catch-and-release program on the border and visa overstays.

Trump also accused Clinton of breaking the federal budget by pledging amnesty and granting welfare to undocumented immigrants in her first 100 days as secretary of state.

The New York billionaire started his campaign last year with attacks on illegal Mexican immigrants, claiming most of them are “rapists” or other kinds of criminals and proposing to build a wall and make Mexico pay for it.

“I love the Mexican people, but Mexico is not our friend,” Trump tweeted last year.