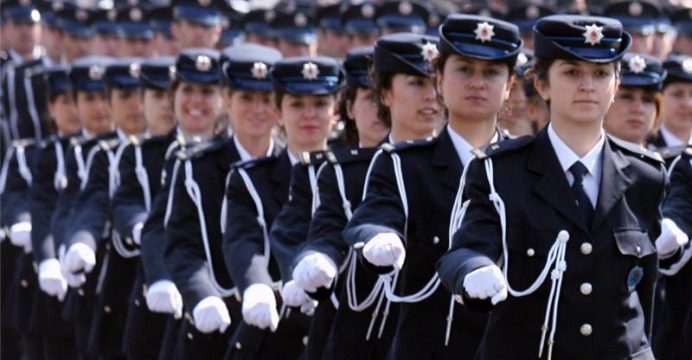 Turkey allows women police to wear headscarves while on duty

Turkey has for the first time allowed women police to wear headscarves while on duty as part of their uniform. Women serving in the police force “will be able to cover their heads” under their caps or berets so long as the headscarf is “the same colour as the uniform and without pattern”, said the ruling published in the government’s Official Gazette on Saturday, reports Aljazeera.

It came into force immediately. The ruling Justice and Development Party (AKP) has long pressed for the removal of restrictions on women wearing the headscarf in the officially secular state.

Turkey lifted a ban on the wearing of headscarves on university campuses in 2010. It allowed female students to wear the garment in state institutions from 2013 and in high school in 2014.

The move follows similar changes in regulations in other countries and comes after a ban on the burkini in local districts in France made headlines in Turkey.

Hoping to boost recruiting of Muslim women, the Canadian government this week said the Royal Canadian Mounted Police would allow its officers to wear headscarves as part of their uniforms.

Earlier this month, police in Scotland allowed women to wear the headscarf while on duty, following a lead set by their counterparts in the UK capital, London, over a decade ago.