Zimbabwean police on Friday fired tear gas at opposition leaders and hundreds of demonstrators as a protest against President Robert Mugabe descended into one of the worst outbreaks of violence in two decades.

Opposition head Morgan Tsvangirai and former vice president Joice Mujuru fled the rally in their cars while protesters ran for cover as police firing tear gas and water cannons broke-up the core of the demonstration. However, anti-Mugabe leaders warned that this would be the first of a series of protests,reports Reuters.

Mugabe’s opponents have become emboldened by rising public anger and protests over an economic meltdown, cash shortages and high unemployment. Mugabe, 92, has led Zimbabwe since independence from Britain in 1980. 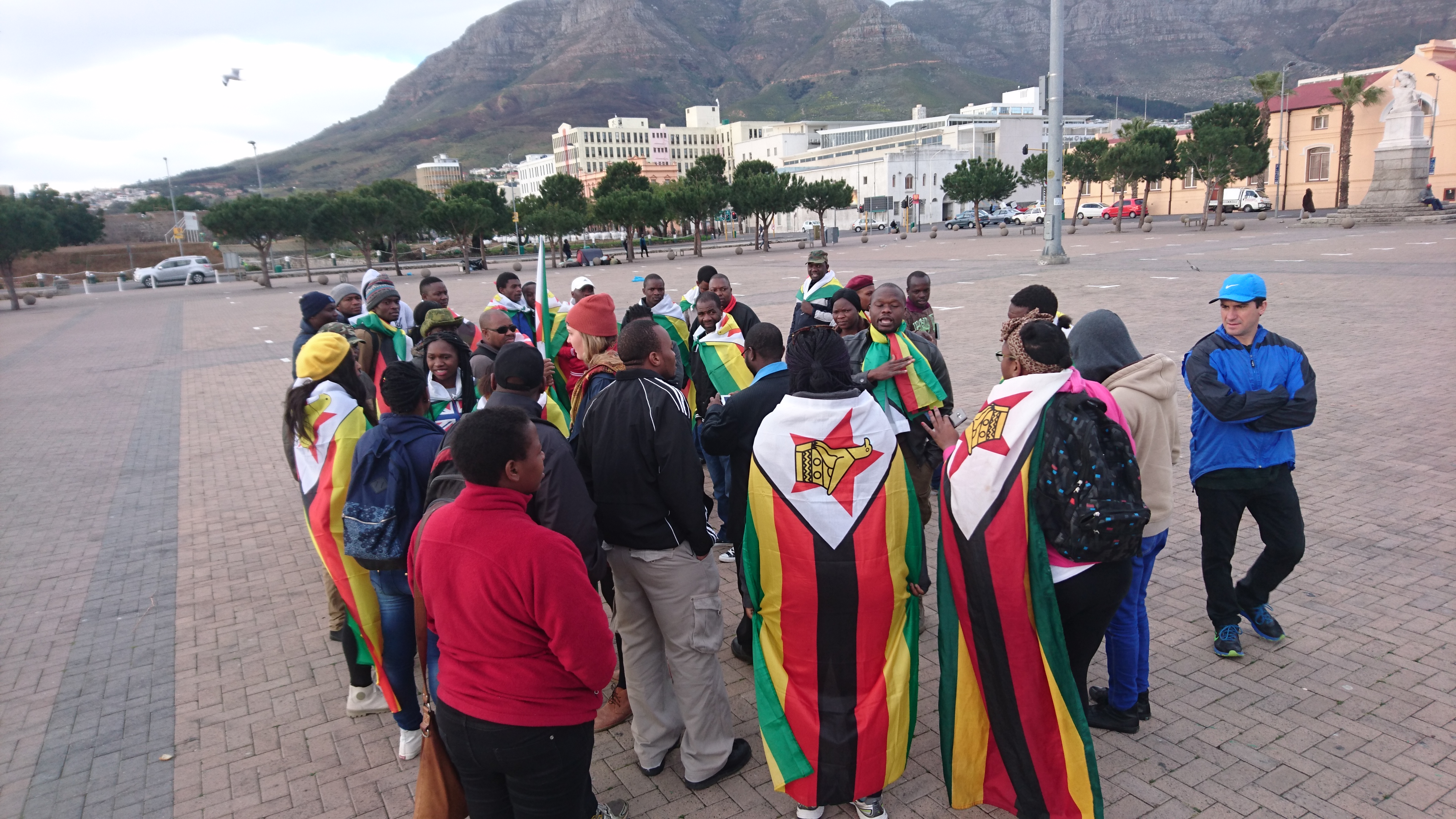 Clashes spread through the streets of the capital Harare as riot police fought running battles with protesters who hurled rocks at officers, set tyres ablaze and burned a popular market to the ground, in some of the worst unrest since food riots in 1998.

Didymus Mutasa, a senior official from Mujuru’s party and convener of Friday’s protest, vowed to repeat the demonstration a week from now and blamed police for the violence and disobeying a court order allowing the march to proceed.

“If that was intended to cow us from demonstrating, I want to say the opposite has been the case. We are going next Friday to do exactly the same as we have done today,” Mutasa told reporters.

Most businesses shut down early on Friday fearing looting by protesters. Mujuru said 50 people were injured and hospitalized.

“Mugabe’s rule must end now, that old man has failed us,” said one protester before throwing a rock at a taxi.

More than a hundred police officers in riot gear, backed up by water cannons and armored trucks, occupied the venue that opposition parties planned to use for their demonstration.

As opposition supporters arrived for the march, they were told by the police to leave. The officers then fired teargas and a water cannon when parts of the crowd refused to comply.

“We will let you know once we are done,” she said.

Officials from Mugabe’s ruling ZANU-PF party were unavailable for comment.