D.A. Henderson dies at 87, who led effort to eradicate smallpox

Donald A. Henderson, who headed the World Health Organization vaccination effort that wiped out smallpox in 1977 and later became a U.S. bioterrorism expert, has died from complications following a hip fracture, officials said on Sunday. He was 87.

The 1966-1977 smallpox program at first was given little chance of succeeding. It required the development of labs around the world to produce vaccines, a constant scramble for funding, arm-twisting of governments to join in, and halting outbreaks as soon as they emerged by focusing on vaccinating people who came in contact with those infected, Henderson told the WHO, reports Reuters. 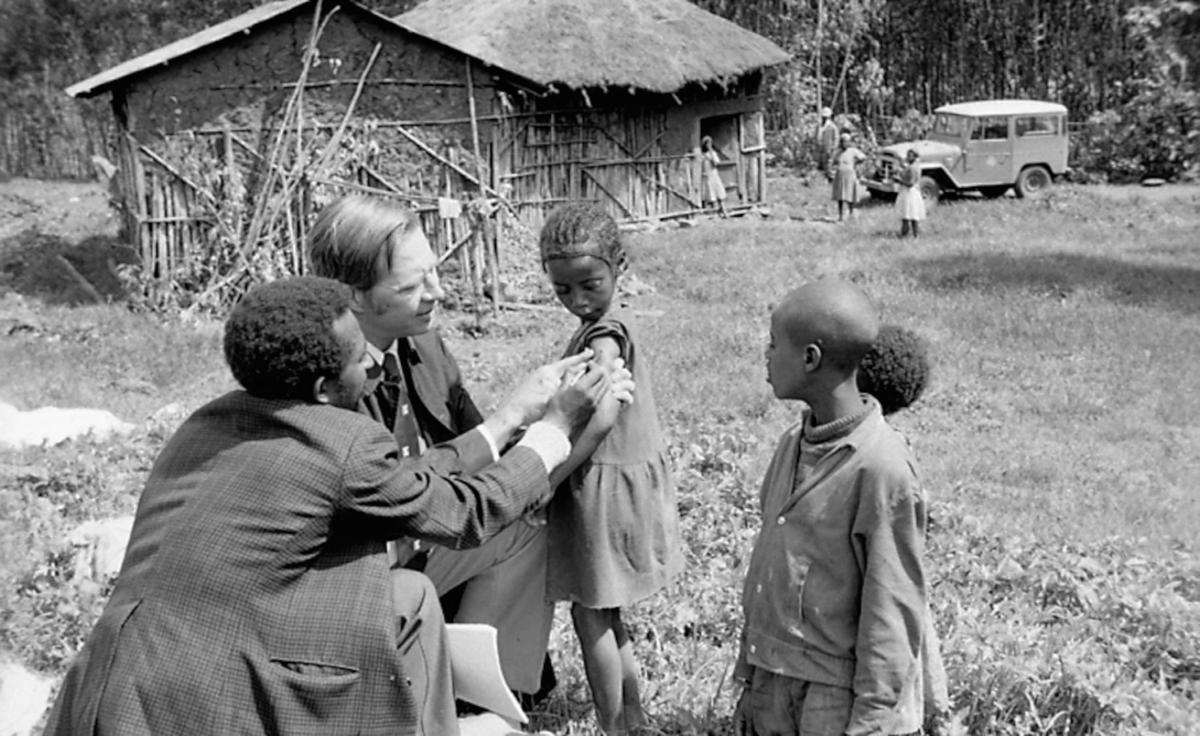 “The most important legacy of smallpox eradication was its demonstration of how many people could be protected through vaccination, so rapidly and inexpensively with a well planned program and quality-control monitoring,” the man known as “D.A.,” said in an interview published by the World Health Organization a few years ago.

Smallpox is a highly infectious virus that kills 30 percent of its victims and scars the rest for life.

In 1972, he flew to Belgrade in the former Yugoslavia to help stamp out the last smallpox outbreak in Europe, the WHO said.

After the campaign to wipe out the disease, Henderson became dean of the Johns Hopkins University Bloomberg School of Public Health from 1977 to 1990, expanding the school’s reach and making it a national leader in addressing HIV/AIDS, said Michael Klag, dean of the school.

“D.A. was a force of nature who, until relatively recently, seemed invulnerable. Public health has lost a hero,” Klag wrote adding, smallpox is the only human disease ever to have been eradicated.

In 2001, Henderson was named by then U.S. President George W. Bush to head a newly formed Office of Public Health Preparedness, set up to coordinate the national response to public health emergencies, including a spate of anthrax attacks that took place at the end of that year.

In 2002, he received the nation’s highest civilian honor when he was awarded the Presidential Medal of Freedom.

Henderson died on Friday at a Baltimore-area hospice, officials said.