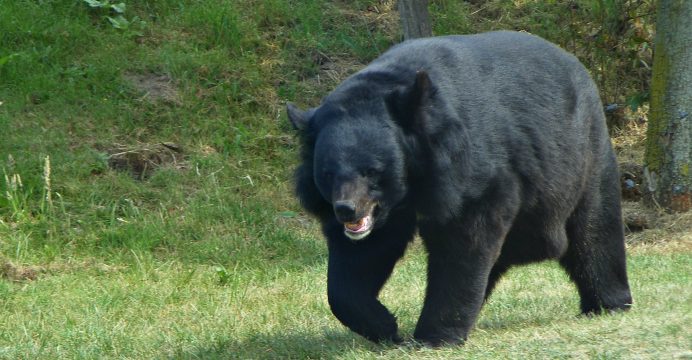 Safari park employee in Japan died due to bear attack

A safari park employee in Japan died on Tuesday after being attacked by a bear which had somehow climbed into her car, local officials and police said, reports BSS.

An Asian black bear was seen climbing into a small vehicle at the Gunma Safari Park, northwest of Tokyo, and attacking park employee Kiyomi Saito inside the car, a local police spokesman said.

Saito, 46, suffered injuries to the left side of her chest and stomach and was rushed to a hospital where she was later confirmed dead, the spokesman said.

A park employee was killed when an Asian black bear managed to climb into her vehicle, at the Gunma Safari Park in Tomioka, Gunma prefecture, on Aug 16, 2016

“The details are not yet known, including how the bear got inside the car,” he told reporters, adding the animal was a five-year-old male and weighing 160 kilogrammes (352 pounds).

The safari park was “under police investigation and no details can be confirmed at this point,” said Yusuke Yamazaki, a park employee. A series of wild bear attacks terrified Japan earlier this year, with four people being killed in the northern part of the country in separate incidents in the wild in May and June.

In 2012, an unknown number of bears escaped from snow-covered Hachimantai bear park in northern Akita prefecture, which had kept 38 animals, most of them brown bears. Two female workers at the facility were later found dead.