Hundreds of thousands of begonias and dahlias will emblazon the Grand Place in Brussels this weekend for its 20th “Flower Carpet” display, which this year has a Japanese theme.

A Japanese crane, a bird that symbolizes good fortune and longevity in Asian culture, flies across a wild landscape and Koi carp seem to swim among the blossoms delicately laid out on the picturesque 15th-century square.

“The patterns and symbols of the flower carpet express happiness and peace,” said Fujie Suzuki, one of the lead designers, reports Reuters. 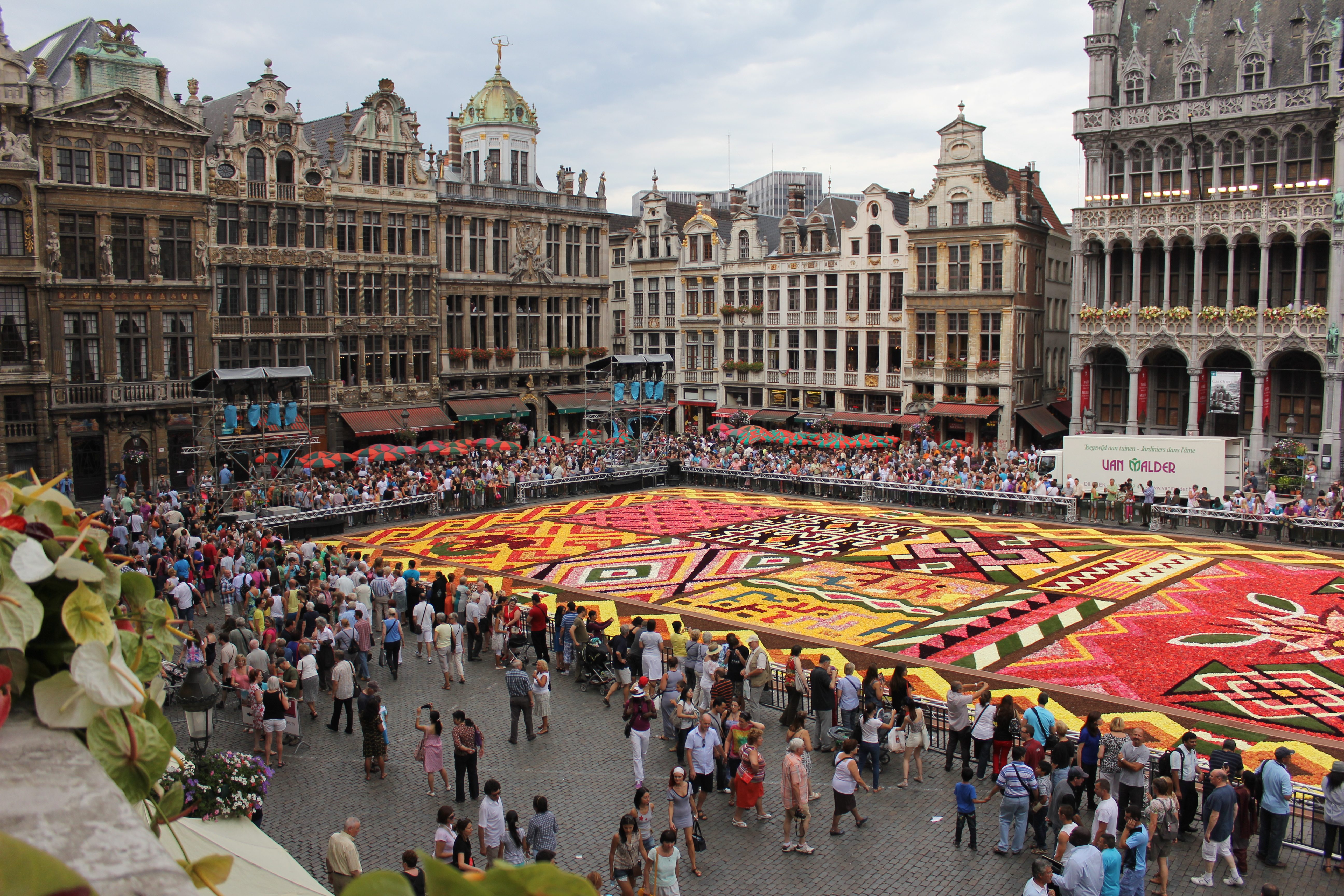 Some 600,000 flowers have been assembled in the 75 meter-long and 24 meter-wide display, and will remain in place until Monday.

Around 100 workers and volunteers contributed to creating the flower carpet, a biennial event. Some picked blooms from fields in the north of Belgium as fast as 600 an hour each.

Others gathered at the Grand Place in the early hours of Friday to lay out the blossoms according to a template.

“It takes us two years to create and assemble a carpet like this,” explained Johan Aelterman, whose family’s flower-growing business has been involved in making the carpet since the first such event in 1971.

After the display was completed on Friday morning, tourists from all over the world arrived to marvel at the display.

“We are from Hiroshima which is famous for its peace park but is very different. We do not have such colorful flowers there, so I am really surprised,” said Japanese tourist Misa Kitatani, visiting Brussels with her family.