An Art Nouveau facade designed by the famous Belgian architect Victor Horta lies greening with mould and covered in trash in a Brussels warehouse, forgotten only five years after it was last exhibited to the public.

The dismantled front of “Hotel Aubecq”, a mansion designed by Horta in 1899 and torn down in 1950 three years after his death, was laid out on the floor of the warehouse in 2011 for an exhibition commemorating the architect’s 150th birthday. 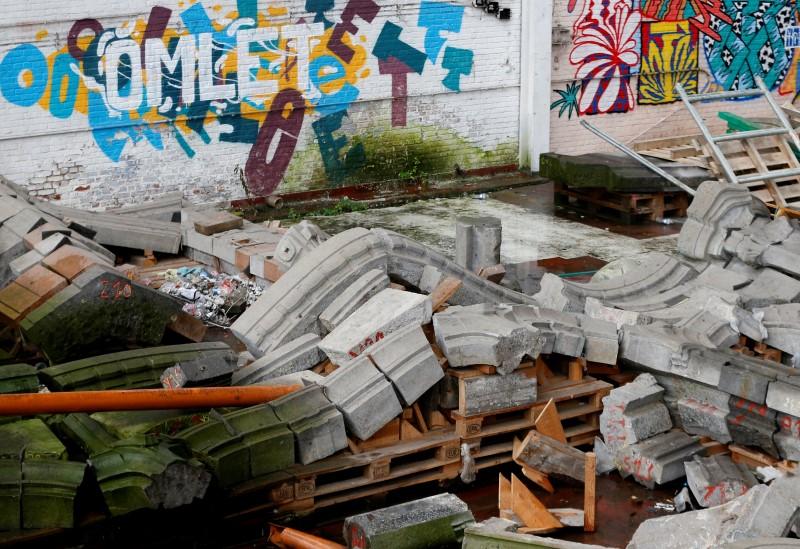 But the finely cut stone blocks now lie like an uncompleted puzzle under spotted mattresses, a pile of empty cans and other traces of the life of about 40 squatters who made Horta’s work a part of their home, reports Reuters.

Elaborately curved railings, trademark features of the Art Nouveau movement popular in the two decades before the First World War, used to highlight the facade of the stately home. Vandals stole some of them a few months ago.

Art experts say the fate of the mansion reflects a deeper problem of preserving the works of one of the best-known representatives of highly ornamental Art Nouveau style.

Aubry, who also works at the Horta Museum in Brussels, said she sometimes had to disappoint tourists by telling them that well-known Horta buildings such as the “Maison du Peuple”, built in 1899 as headquarters of the then Belgian Labor Party, had also been demolished.

“To foreigners, it is unthinkable we destroy our heritage like this,” Aubry said.

Finding a new purpose for the massive 15 meter (49 foot) large and 11 meter high facade is not easy. Several proposals have been put forward over the years but abandoned amid bickering among several layers of government and a lack of funding.

“We often say that Brussels is the capital of surrealism, though in this case it is definitely in the negative sense of the word,” Coomans De Brachene said.