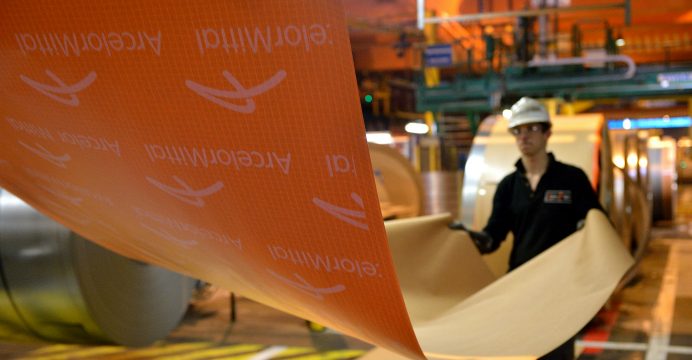 Year-on-year, Q2 operating profit in 2016 was slightly lower compared to €352m in Q2 2015. However, operating income in Q2 2016 was negatively impacted by an impairment of €44m relating to the sale of ArcelorMittal Zaragoza in Spain.

A year-on-year Ebitda comparison shows a 4.2% improvement to €643m, principally due to lower costs and efficiency improvements as a result of ArcelorMittal Europe’s ongoing transformation plan. This was offset in part by lower selling prices, which were down by around 11%.

Wire rod being shaped at an ArcelorMittal steel factory in Ukraine

Commenting on the results, Aditya Mittal, CEO of ArcelorMittal Europe, said, “Today’s results from ArcelorMittal Europe show the combined effect of improved market conditions compared with the beginning of the year, and our ongoing transformation plan which is making the business more efficient. While we are pleased with today’s results, Europe remains exposed to the effects of steel dumping. Although we have been encouraged by the high-level political engagement on this matter in recent months, it remains important that this translates into robust trade defence measures”.